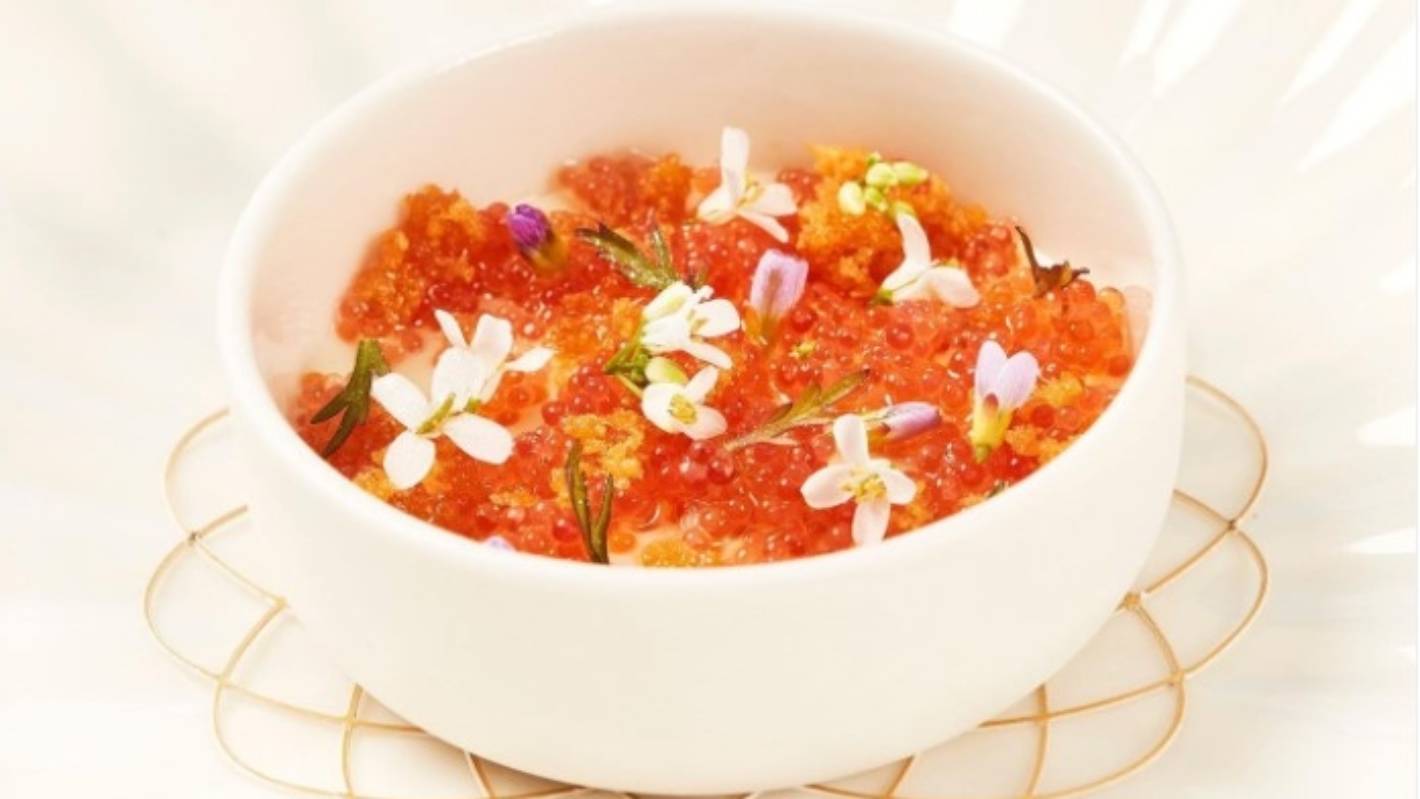 From the best restaurant in the world Geranium, lightly smoked lumpfish roe, with layers of milk, kale and apple.

Foodie traveler advice: Now that we are traveling freely again, it’s a great time to go to Spain, Italy, Mexico and Latin America. Asia and Australia, not so much.

Restaurants in these countries take the lion’s share of the world’s top 10 restaurants on the prestigious list of the 50 Best Restaurants for 2022, announced Tuesday morning New Zealand time.

The number one restaurant in the world is Geranium in Copenhagen, Denmark, which ranked second last year behind its neighbor Noma (once a restaurant ranks first, it becomes ineligible for other lists) .

The judges – 1,080 international restaurant industry experts, with a 50/50 gender balance, from 27 distinct regions around the world, each with their own panel of 40 voters – said: “Co-owners Rasmus Kofoed and Søren Ledet have never rested on their laurels, keeping it fresh and exciting for regulars and destination diners alike, and in 2022 they reach the zenith of their careers.

READ MORE:
* Amisfield of Otago crowned best restaurant in New Zealand
* The world’s 50 best restaurants crowned, but you can’t eat at any of them
* Two Auckland restaurants named among the best in the world on the TripAdvisor list

As of 2022, Geranium is a meat-free restaurant, focusing only on local seafood and vegetables from organic and biodynamic farms in Denmark and Scandinavia. The judges said of the new menu, “Each dish is an intricate work of art served on nature-inspired dinnerware.”

At number two is Central in Lima, Peru, which rose from fourth on the 2021 list. Last year’s third restaurant, Asador Extebarri in Atxondo, Spain, rose to sixth place and is joined in the top 10 by two other Spanish restaurants, Disfrutar in Barcelona (third; fifth in 2021) and DiverXO in Madrid, which topped the list. in fourth place after finishing 20th in 2021.

There are two Italian restaurants in the top 10 – Lido 84 in Gardone Riviera, in eighth place, and 10th place Le Calandre in Rubano, which ranked 15th and 26th respectively in 2021.

The two Mexican restaurants in the top 10 are both in Mexico City: Pujol, in fifth place, and Quintonil, in 9th.

The remaining spot in the top 10 is A Casa do Porco in Sao Paolo, Brazil.

It was a poor performance for Asian restaurants this year. After nabbing two of the top 10 spots in 2021, Asia’s highest-ranked restaurant was Tokyo’s Den, which rose to 20th after ranking 11th last year. Odette in Singapore, which was eighth in 2021, came in 36th this year, while last year’s 10th restaurant, The Chairman in Hong Kong, is 24th.

There are no Australian restaurants in the top 50, but one was named to the 50-100 list: Gimlet at Cavendish House in Melbourne, which debuted on the list at 84.

Attica, owned by New Zealander Ben Shewry, disappeared from the list altogether after ranking 97th in 2021. It peaked at 21 in 2013.

No New Zealand restaurant has ever made the top 100.

Of course, if you’re planning on eating at one of the top restaurants, you’ll need to save your pennies. Geranium’s tasting menu is NZ$460 per person without drinks, while Central’s cheapest menu will set you back $325.

However, if you’re crossing the gap and want to sample the top 100, Gimlet’s set menu is much more reasonable at $166 per person, and there’s an a la carte menu as well.