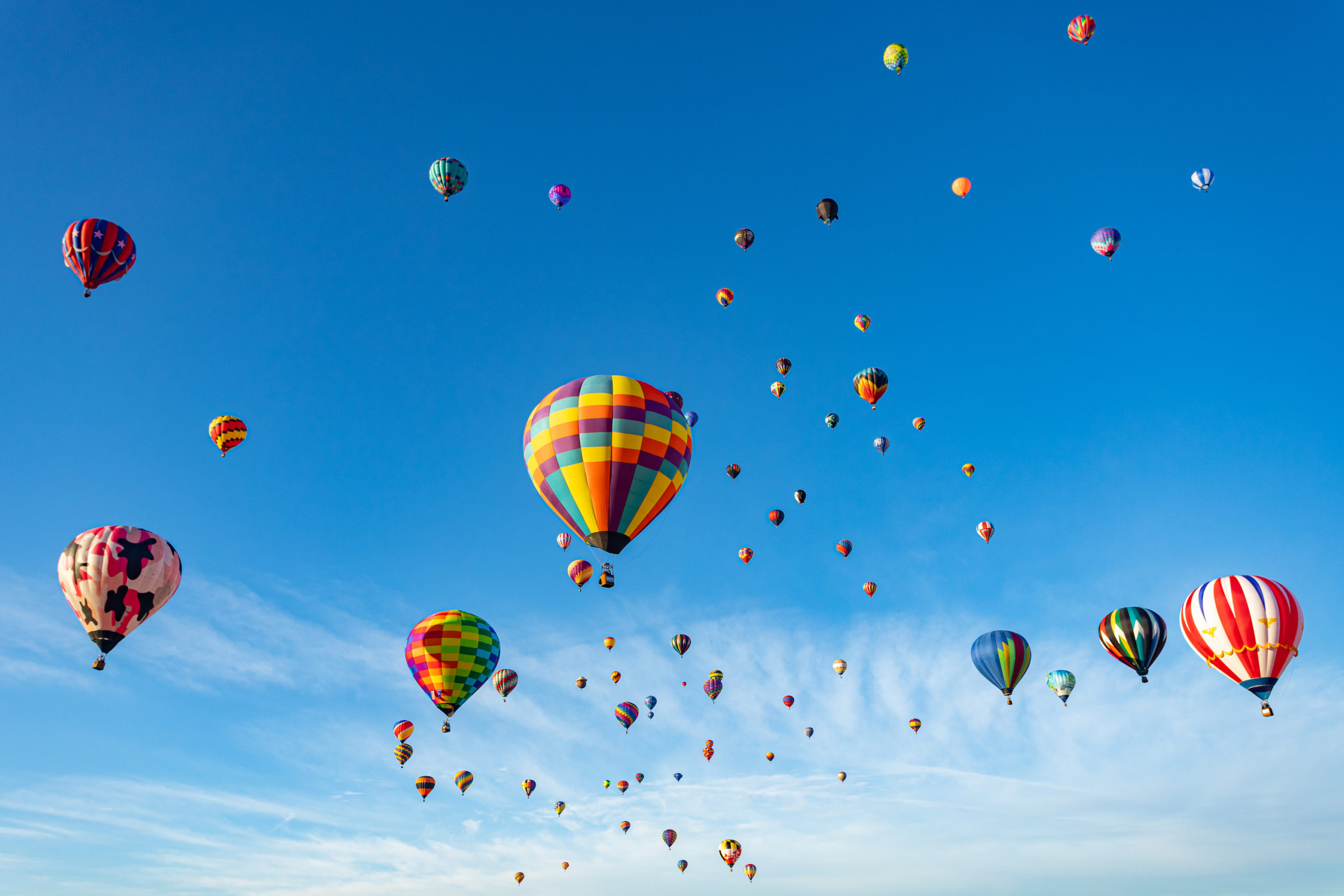 What to do in Albuquerque and Santa Fe this fall

With gorgeous mountains, rolling lavender fields, delicious blue corn dishes, and an artsy, cool vibe, New Mexico is the perfect place for a weekend getaway anytime, but especially in the fall. Located less than two hours by direct flight from Austin, Albuquerque is gearing up for its 50th anniversary Albuquerque International Balloon Fiesta (October 1-9), while just an hour’s drive from Santa Fe, visitors can watch in ahead for a new Día de Muertos festival (October 28-29). Here’s a look at where to stay, eat, and go out in these two cities during the fall.

This fall, celebrate the 50th anniversary of the city’s beloved Albuquerque International Hot Air Balloon Festival. A feast for the eyes, the event includes nine days of aerial events as well as chainsaw sculpture displays, skydiving shows, fireworks and balloon night glows. While you’re in town, be sure to buy a ticket to ride the Sandia Peak Aerial Tramway to the top of the mountains. Serving as the longest streetcar in the United States (and the second longest in the world), the 15-minute ride takes guests to the 10,378-foot crest of the Sandia Mountains. At the top, have a glass of wine to Ten 3a bar-restaurant with stunning views.

Learn about the history of traditional Pueblo cultures at Pueblo Indian Cultural Center. The center includes museum and gallery space, murals and artifacts, as well as a host of programs like the 42nd annual Native American Student Art Fair, which kicks off Oct. 29. Need a place to stay during the Balloon Fiesta? The IPCC offers RV camping from September 29 to October 12.

Whether you’re looking for a fun place to spend a romantic evening or just have a drink with friends, the new sawmill market (2020 est.) offers something for everyone. New Mexico’s premier food hall features 34,000 square feet of indoor and outdoor gathering space, with standout vendors such as Tulipani Pasta (a small-batch pastificio) and Dr. Field Goods Kitchen (with fusion dishes from the New Mexico like patatas bravas and greasy green chili burgers). Book for brunch at field in Los Poblanos. Its seasonal menu filled with organic ingredients features incredible dishes like blue corn pancakes and chilaquiles. 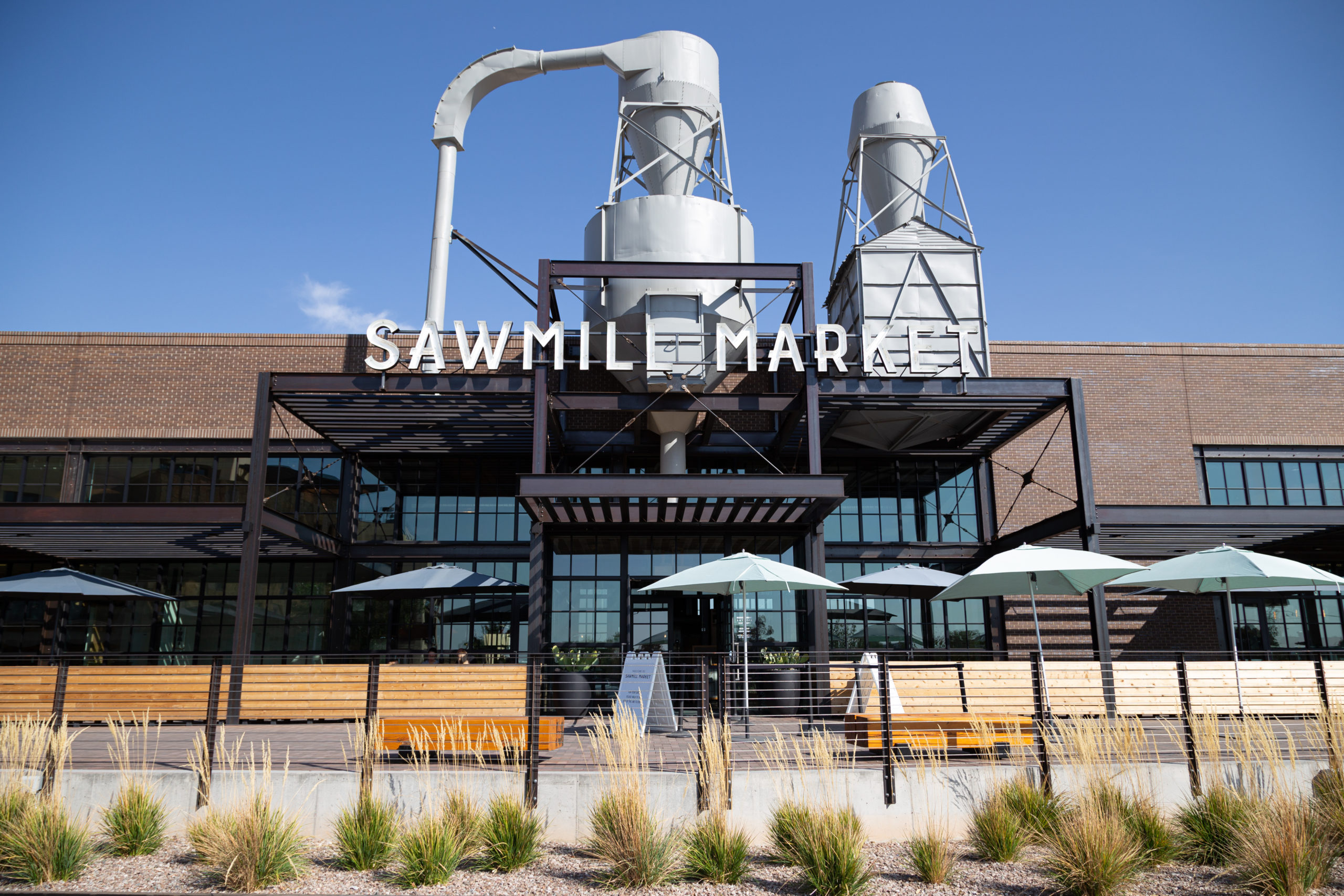 Experience complete serenity as you stroll among the blooming fields at Los Poblanos, a historic inn that doubles as an organic lavender farm. The quaint property nestled on 25 acres showcases an array of adorable on-site creatures (think alpacas, chickens, and peacocks) and features an incredible spa and farm shop offering its lavender-scented offerings. For something a little more urban, book a night at Hotel Chacoa stylish property that features a rooftop restaurant and bar called Level 5 with panoramic views of the city and mountains.

Step into a fridge, climb a chimney, and slide into a washing machine at whimsical moments meow wolf! Originally founded in Santa Fe in 2008, the immersive art experience is home to The house of eternal return, a 20,000 square foot space with over 70 connected rooms filled with secret portals, neon lights and lots of Easter eggs. Want to shop? Don’t miss the Santa Fe Farmers Market at the Railyard on Saturdays, where you can stock up on Southwestern clothing and turquoise jewelry while munching on fan-favorite lavender and blueberry donuts for sale on-site. Celebrate a centuries-old tradition with a new event during Dia de Muertos in Santa Fe Square. The two-day festival (October 28-29) will feature a candlelit parade, festive mariachi music and decorative ofrendas.

Led by Chef Martin Rios, a four-time finalist and nine-time semi-finalist for the James Beard Award “Best Chef in the Southwest”, Restaurant Martin dazzles with its artfully plated progressive American cuisine. (Seasonal standouts include chilled English pea soup, Maple Leaf Farm duck breast, and specialties like Stellar Seared Yellowfin Tuna with Carrot Ginger Mash.) Head to the charming Pasqual’s Cafe early to secure a place on the waiting list. Fresh ingredients shine at this small restaurant, which uses organic fruits and vegetables and pasture-raised meats. For a good mix of its options, order the Plato Primo (a chili relleno, an Oaxacan tamal, and an enchilada roll). Pro tip: Ask for the enchilada to come “Christmas style,” which means with red and green sauces on top.

Dive under the stars in the beautiful outdoor pool and hot tub courtyard at Eldorado Hotel & Spa. Part of New Mexico’s prestigious Heritage Hotels & Resorts, the downtown hotel near the historic plaza has a beautiful modern adobe facade and boasts a four-star diamond rating by AAA.

If you wanna see something burn, baby, burn, mark your calendar for the 99th edition Zozobra, which takes place over Labor Day weekend each year. During the beloved meeting, attendees can submit their “glooms” (i.e. worries and problems they want to purge), which are printed out and then stuffed inside an effigy of 50 foot puppet named Zozobra. The giant figure is then set on fire at a lively family festival as the crowd chants “Burn it!” The next iteration will take place on Friday, September 1, 2023.