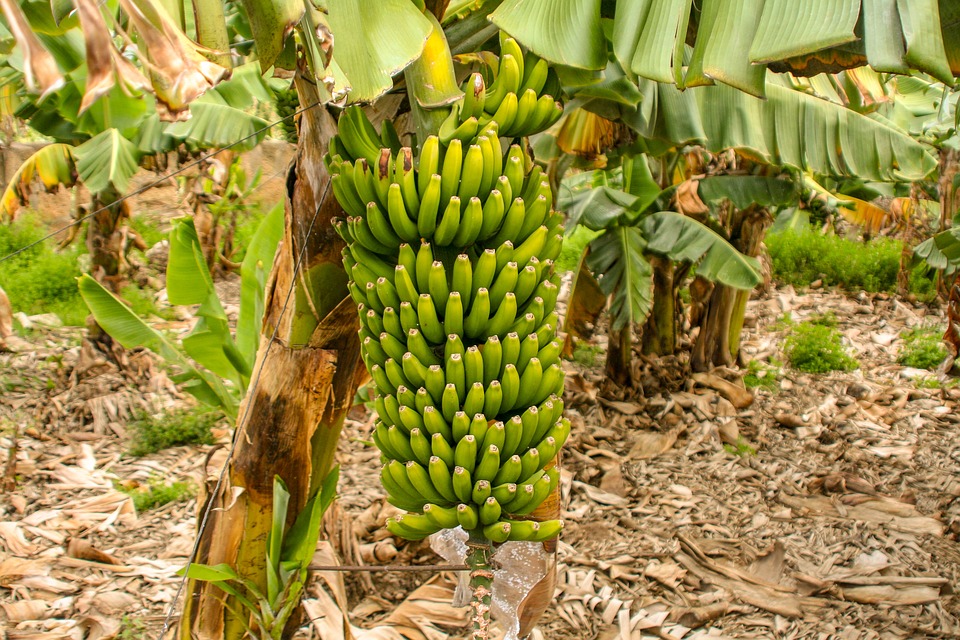 Dar es Salaam. Although they say old habits are hard to change, more and more people are choosing to live healthily by maintaining a healthy lifestyle. Consumers in developing countries are taking steps to be healthier by switching to organic foods while avoiding genetically modified products.

And farmers are ready to seize the opportunity. Experts say that Tanzania will soon be added to the list of countries with a large number of certified organic farmers in the world, which will allow it to take advantage of opportunities available in foreign markets, especially in Europe.

Organic farming is beneficial for environmental protection and a safe way to preserve consumer health as it limits the use of chemicals, including pesticides and industrial fertilizers.

Covering almost 2,790 square kilometres, Tanzania’s organically farmed land is the largest in sub-Saharan Africa, according to 2017 reports. However, the area only accounts for 0.7% of the country’s total agricultural land.

The paradigm shift from GMOs to organic foods should be seen as good news for Tanzanian farmers who rank third in Africa.

Having experienced global climate changes in recent years, organic farming which goes hand in hand with environmental protection should be the option for Tanzanian farmers.

Mobo Group CEO Mr Maurice Awiti told The Citizen that black pepper, for example, which is produced through organic practices, is priced at 7 Euros per kilo (equivalent to Sh18,000) compared to black pepper. grown non-organically, which sells for 2 Euros (about Sh5,143) per kilogram.

“Since the demand is high, Tanzanians should seize the opportunity and take advantage of it. I can say with confidence that organic farming is the future,” says Mr. Awiti.

He goes on to say that a kilo of organic ginger trades at 5.2 euros, while non-organic merchandise is sold at 1.9 euros, noting that normally the price doubles or triples depending on the quality of the product.

“The country should adopt and promote organic farming, which is an agricultural system that uses fertilizers of organic origin such as compost manure, green manure and other organic materials. The practice emphasizes cultivation techniques such as crop rotation and companion planting,” he told The Citizen.

He sees a great opportunity for the prosperity of organic farming in the country. “I personally find this to be a new dawn for farmers interested in organic farming as well as those considering getting into farming. To be precise, most exports to Europe and Asia are organic crops,” he adds.

“We produce various crops, including cereals, vegetables, fruits and spices. For example, last year we exported rosella at high prices. We are supposed to adopt this type of agriculture for health and economic benefits,” says Mr. Mbaye.

He says market gardeners who regularly spray their crops, a practice that could be harmful to consumer health, could reduce the impact through organic farming.

How organic farmers are certified

For farmers to be certified, they must consider the type of crops to be grown, target markets, stages of production, preparation, distribution of organic products and control, according to Mr. Awiti.

According to him, EU standards require farmers to protect and preserve soil from erosion, protect trees from deforestation, reduce carbon emissions, protect water resources and use them for cultivation.

“Standards are formulated and recognized by various national and global certification bodies. These standards form the basis for sustainable production of organic crops while ensuring the efficient functioning of markets, ensuring fair competition, promoting consumer confidence and protecting consumer interests,” he shares.

When it comes to organic farming requirements, they take more traceable farm histories, including where the crop was originally grown, the original grower, harvesting and processing history, and storage methodologies. , which are compiled and submitted to the accreditation body.

The challenges of organic farming

“For three years, land acquisition has been our major challenge. Our plan is to grow organic black pepper on 400 hectares this year. The challenge was to bring all 400 acres together in one place,” says Mr. Awiti, adding; “We have placed our hope and our confidence in the Ministry of Agriculture whose leaders work tirelessly to ensure the prosperity of the sector and the conquest of the world market. Fortunately, many farmers want to expand their businesses, but they don’t know where to start.

Certification of smallholders is another challenge, especially regarding the cost of certification, inspection and audit.

“The lack of experience and knowledge of most organic farmers is another challenge. Training on how this agriculture is practiced to bring sustainable and financial profit is necessary,” he adds.

Organic farming, according to Mr. Awiti, produces crops with yields down 30 to 40 percent, therefore noting that farmers would need more land compared to producing conventional crops.

An agro-economist from Sokoine University of Agriculture, Professor Joseph Hela, agrees that organic farming holds great promise and has niche market potential, especially for cotton, vegetables and other crops.

“The challenge is that it is practiced by small farmers, most of whom do not have organic certification. Therefore, if the government works on it, many farmers will benefit from exports. »

Professor Hela says that Tanzania does not have an organic farming policy and the government is currently working on it. He hopes things will get better soon.

He says that many people in Europe now prefer to wear organic cotton clothes, and that Africa is the leading producer of organic cotton, which is grown in an environmentally friendly way.

“The market is very large both inside and outside the country, so Tanzanians should seize this opportunity for their own benefit and that of the nation.”

He says the movement is working with the agriculture ministry to prepare Tanzania’s organic agriculture strategy, which is due to be launched in August. Its objective is to promote organic farming in the country.

Your chance to win a fully equipped food truck