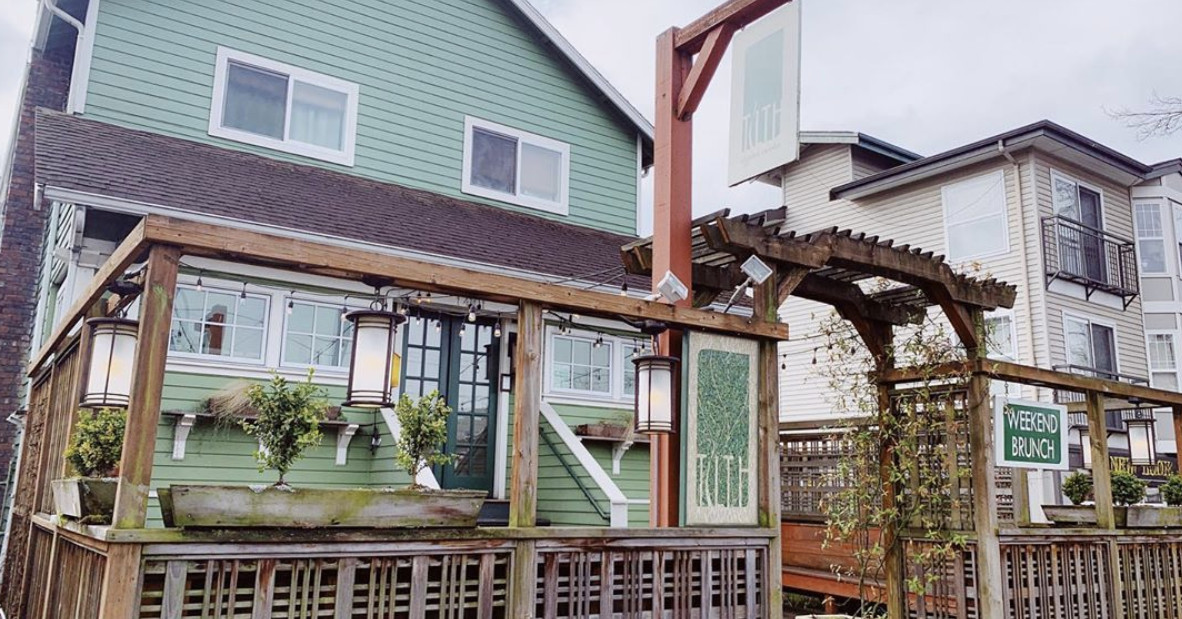 A revolutionary leader in Seattle’s organic food scene bids farewell. After 14 years of serving wonderfully inventive and carefully prepared cuisine in Wallingford, Tilt will close permanently after the service on October 30, according to an official announcement on Facebook.

â€œTilth had embraced the community, our local farms, the local economy, had an unwavering commitment to organic produce and always strived to create an experience through beautiful cuisine and service with a heart,â€ said the chef. owner Maria Hines. â€œMy heart goes out to every individual, community and business struggling during this global crisis. “

Tilth debuted in 2006 with a farm-to-table approach, advancing a growing movement for ethical sourcing. When it first opened, the restaurant – with its warm dining room inside a handsome Craftsman building on N 45th Street – was just the second certified organic restaurant in the whole country, designated by the rigorous standards of the Oregon Tilth organization. Hines was among the first chefs to develop relationships with some of the region’s sustainable producers whose names are more well known now (such as Skagit River Ranch), and noted on the menu which items did not fall under the strict organic category ( wild mushrooms, for example, do not have an official process for such a label).

â€œGetting to know the farmers, fishermen and gatherers in the community opened my eyes to major changes in the food system that were underway,â€ San Diego-born Hines said of her philosophy.

With fantastic food living up to its lofty ideals, Tilth quickly garnered praise from local and national critics. Bethany Jean ClÃ©ment at Seattle weather wrote that the atmosphere at Tilth is “elegant without grandeur, cozy but special, calm enough to hear yourself think”, adding “for all your mindfulness, food at Tilth makes your heart sing too”. And in 2008, New York Times Writer Frank Bruni noted: â€œMaria Hinesâ€¦ lends more than lip service to local and seasonal adjectives, and has created a restaurant that truly takes pride of place, not only in its attention to miles of food, but also in its menu structure. ” A year later, Hines won the James Beard Award for Best Chef: Northwest.

The chef opened two other restaurants, the Golden Beetle (a Mediterranean spot in Ballard that eventually became the Young American Ale House) and the southern Italian-influenced Agrodolce in Fremont. Hines eventually closed the restaurant-turned-pub in 2017 and sold Agrodolce in 2019, focusing all of her attention on Tilth, whom she called “her baby.”

Shortly after his downsizing, the leader faced the daunting challenges of the pandemic. Over the past six months, Tilth has tried several different take-out menus, including family meals that include barbecue feasts and pints of tuna pate, as well as roasted cauliflower and apple soup. It also recently opened for a limited catering service. However, it appears that the effort was not enough to keep the restaurant operational in the long term.

Hines took care of a few side projects, including consulting work and nutrition coaching (she also published a cookbook earlier this year). But it’s unclear whether she’ll pursue a future restaurant project down the line, if conditions become more favorable for the singular dining experience she’s cultivated in Tilth (Eater Seattle contacted the chef, but didn’t no response before publication). In the meantime, there’s still a week to go for one last, hearty meal at a Seattle icon.


Register to receive the newsletter