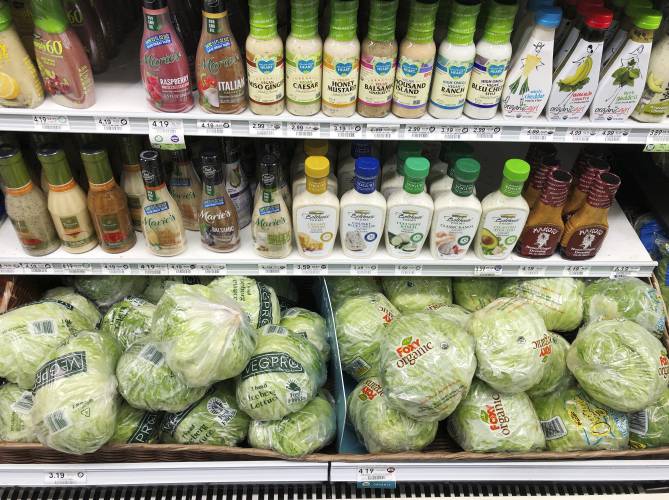 Organic food doesn’t have to break the bank

Last year, organic foods and beverages cost an average of 24 cents more per unit than conventional foods, or about 7.5% more, according to Nielsen. That was down from a premium of 27 cents, or 9 percent, in 2014.

There is a lot of variation within these numbers. The average price of a gallon of organic milk – $ 4.76 – is 88% higher than the $ 2.53 buyers pay for a gallon of regular milk. Organic eggs have an 86 percent premium. At $ 4.89 a loaf, organic bread costs twice as much as regular bread.

In contrast, parents who buy organic baby food pay only 3% more than for conventional baby food. As of mid-January, a bunch of organic kale was 5 percent more than non-organic kale, according to the US Department of Agriculture. Some organic products – like artichokes, soy milk, and Granny Smith apples – can even cost less than their conventional counterparts.

There are many drivers of change behind the prices of organic food. Premiums for milk and eggs tend to be much higher, for example, because the government has very specific rules about what â€œorganicâ€ means. For example, cows producing organic milk must be allowed to graze for at least one-third of their feed ration, says Jeremy Moghtader, director of the University of Michigan campus farm.

The rules “have real benefits for animals, consumers and the environment, but they increase the cost of production,” Moghtader said.

Organic and conventional vegetables are grown in a similar way, so the price difference tends to be smaller. Organic farmers can save money by not using pesticides or synthetic fertilizers, but they may have to pay more for workers to pull weeds or control insects, Moghtader said.

One of the reasons organic premiums are declining is the increase in products on the shelves. Organic products were once the preserve of health food stores and upscale grocery stores like Whole Foods, but mainstream stores are now offering them more and more. Kroger, one of the country’s largest grocery chains, claims it has 9,000 organic items in its stores and recorded $ 1 billion in organic sales in 2017.

Consumer demand also has an impact on prices. Today, demand for organic products exceeds supply in many categories. In the United States, sales of fast-moving consumer goods – a category that includes food, beverages and toiletries – were flat last year, but sales of organic products jumped 9%, Nielsen said.

Millennials are leading this charge as they source organic milk and baby food for their children. But other generations are also buying more organic products. Overall, 88 percent of US households purchased organic food or drink.

â€œConsumers are focusing more on products that have certain advantages for them,â€ Sarah Schmansky, vice president of growth and strategy at Nielsen.

In some cases, organic products bring dusty grocery store aisles to life. Sales of conventional deli and cheese at the deli counter had weakened as consumers did not want to wait for them to be sliced. But shoppers looking for fresh, organic options are returning to the deli. Sales of organic deli meats have grown by an average of 18% per year over the past four years, while sales of organic deli cheeses have increased by 26%.

Schmansky said that food alerts – like the outbreaks of E. coli related to lettuce – also lead some consumers to switch to organic labels because they trust them.

While price premiums may continue to decline, it’s hard to say whether they will ever disappear altogether, says Ryan Koory, senior economist at Mercaris, a data company that tracks organic farming.

A recession could also reduce consumer demand for organic products, and hence their price premiums. But if the latest recession is any guide, those premiums could rebound quickly.

Are organic foods worth the extra cost?