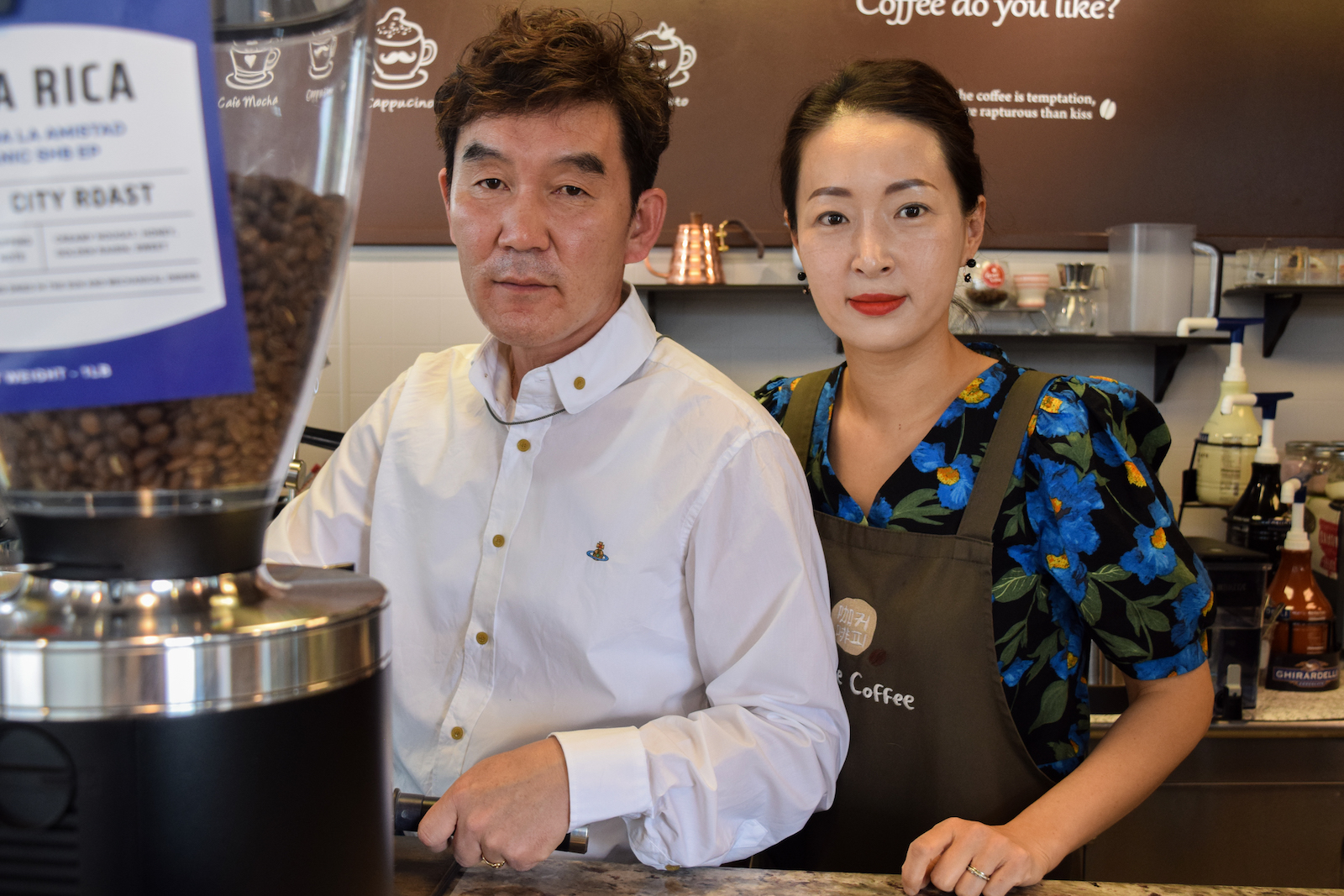 At the dawn of the new millennium, Ho Young Chae, 48, was working as a businessman in the trade and distribution industry in South Korea. Like most 9-to-5s do, Chae had a cup of coffee every day before heading to the office. Yet as his co-workers drank their brews and went about their days, Chae became enthralled with the world of coffee roasting, enough to quit his desk job to start his own wholesale coffee roasting business, Esoteric Bean, in South Korea in the middle. -2000s. After a chance trip to Boulder, Chae fell in love with the fresh air and stunning vistas and brought Cafe Gabee at the Centennial State in 2018. The name “gabee” comes from the archaic Korean word for “coffee.”

For their shop, Chae and his wife, Hyo Jung Kim, travel the world in search of rare and delicious coffee beans, and bring back to Boulder only the best selections from countries like Costa Rica, Jamaica, Ethiopia and Peru. Most of the coffee is organic and only fair trade, rainforest-friendly beans are selected. Chae and Kim then sift through pounds of beans and, using tweezers, pick out which ones won’t make the cut. The result is a fresh, rich coffee that makes Gabee Coffee a favorite among locals on their morning commutes.

In addition to coffee, which is Specialty Coffee Association (SCA) approved, which means they are one of the few specialty java makers that meets high standards for brew times and water temperatures – Gabee offers a wide range of other offers. The lattes come in unique South Korean-inspired flavors like sweet potato and cherry blossom, and the fruity refreshments are the perfect way to energize a hot summer day. Plus, the duo has a latte art printer that uses used coffee grounds as ink and creates a range of designs – from cats to cacti – to adorn the top of your next mug.

The Boulderites weren’t the only ones to recognize the quality of Gabee Coffee. In 2020, Chae placed third in the Orange County United States Roasters Championship —a major honor in a competition Kim calls “the Olympics of coffee roasting.” In fact, Chae is so dedicated to his craft that his doctor told him to reduce his tasting after trying up to 15 shots of espresso a day. Kim also holds an Arabica Q Grader certificate, a designation held by only 500 people in the Americas that gives him the knowledge to constantly evaluate the company’s roasts for the highest quality.

Despite the accolades and successes, Chae and Kim have had a far from easy journey. When Gabee Coffee first opened, the duo said they faced prejudice and racism as South Koreans in Boulder, which is a predominantly white city.

“We have found that some new customers have a negative perception of the taste of our coffee even before trying it due to our race or because English is not our first language,” Kim says. “Sometimes people make rude remarks about our accents when it has nothing to do with our coffee. It’s an ongoing task for us to try to break down those misconceptions.

While Kim says the number of rude comments has gone down since the couple brought their business to Colorado, she knows racism and discrimination are still just as prominent in the coffee roasting scene. At the 2022 United States Coffee Championships in Boston in April, Chae received a score of “0” for the ground beans he submitted because the judges scored his ground beans in the wrong whole bean category. .

Thinking it could have been a simple mistake, Chae and Kim contacted the organization to let them know about the problem. The contest administration responded saying the results were final and even warned the duo not to complain about their scores. “We really wanted to clarify what was going on,” Kim says. “We don’t need any kind of compensation, we just want to make sure the score is fair. It looks like we were targeted for some reason, and it hurts.

While the duo have yet to decide if they will compete in the 2023 championships, exciting things are ahead for Gabee Coffee regardless. The shop will host a selection of fruity African coffees in mid-June, which should pair perfectly with the hot summer weather in Boulder. Other new grains are also on the way, including those from Tanzania, Ethiopia and Yemen. For those interested in trying them out, Chae and Kim plan to hold a tasting class, a workshop that’s the café equivalent of wine tasting, where attendees learn how to judge a roast based on its flavor profiles and its aromas. But if bitter beans aren’t your thing, new latte flavors, including cereal and black sesame, are also on the way.

“We love doing this. We see new people every day, but we still have a lot of regulars,” says Kim. “It’s like a family.”

The History and Mystery of Organic Foods