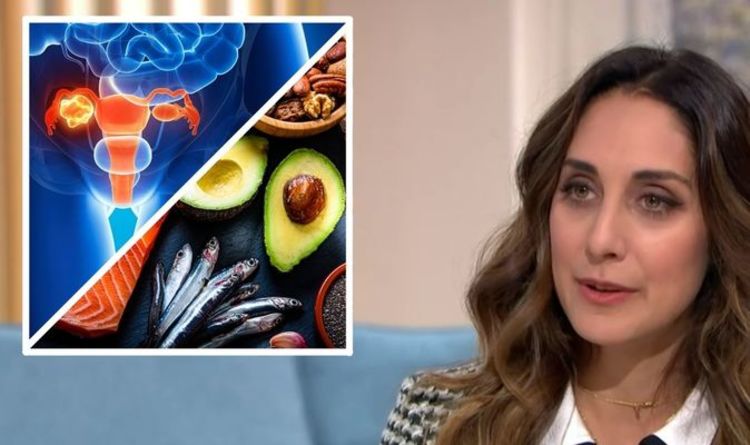 New research shows that a specific version of the Mediterranean diet could cause infertility issues. Dr. Sara explains that the reason this diet is associated with many health benefits and causes infertility is due to pesticides in fruits and vegetables.

Doctor Sara explained, â€œIf you break it downâ€¦ it’s a very small study, only 27 students, who wrote down what they ate and then gave urine samples.

â€œThe urine samples looked for environmental contaminants. Things like pesticides and toxins related to that.

â€œWe know that pesticides and toxins can increase the risk of infertility because of the way they affect hormones,â€ she added.

Based on urine samples, the new study found “that those who ate only normal Mediterranean foods, therefore non-organic foods” had three times the amount of contaminants, compared to “a normal Western diet”, the doctor said on the morning show.

The doctor explained that the Western diet is “your usual British food“.

The doctor added: â€œBut they found that if you follow an organic Mediterranean diet, the risk is reduced by 90%.

â€œSo in fact what this study shows is that we eat too much non-organic food, there are too many pesticides.

â€œIt’s not really the Mediterranean diet as such. It is especially that fruits, vegetables and grains are the things that tend to be the most contaminated by pesticides.

This morning’s Phillip Schofield responded to the headline by pointing out that it was also a very small study – 27 people – that the doctor agreed with.

â€œThe problem is, we know pesticides are not good for us and this is based on other studies. So we have a lot of experience, â€said Dr Sara.

Phill added that this study should be taken “with a pinch of salt”.

The doctor suggested that the Mediterranean diet remains a healthy option, as research proves its many health benefits.

So, you may not want to completely quit the diet just yet.

As the doctor explained, the study found that the culprit appears to be the pesticides and toxins used to treat fruits and vegetables.

Organic foods produced by agricultural practices without chemicals, hormones and antibiotics can still benefit your health.

This new study was conducted by researchers at the University of Oslo.

Wokeness has a new address and it’s in Gurugram