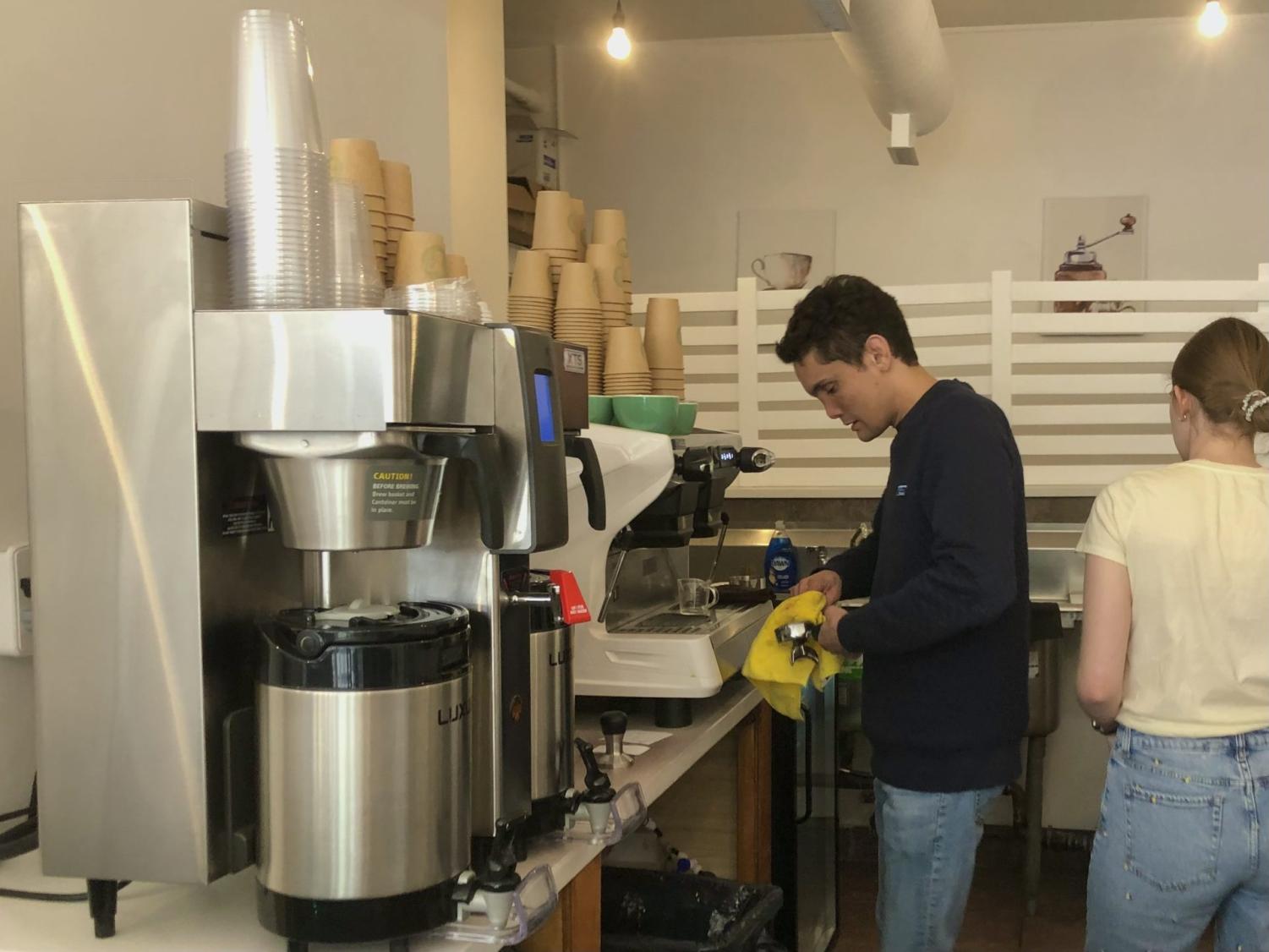 During the pandemic, government-mandated shutdowns, layoffs, safety protocols, and an uncertain economy have forced Chicago’s food industry to be innovative and nimble to survive. Today, despite the rise in Covid-19 cases, the industry is returning to some semblance of normalcy.

“Things are coming back, but they’re not where they were before,” said Sandra Holl, owner of Floriole Cafe and Bakery in Lincoln Park. “And there are just different challenges that are present now.”

The labor market presented a challenge: Holl said Floriole currently employs 13 people – and hired three more last week. This is only half the size of the company before the pandemic.

According to a report by the United States Chamber of Commerce. When businesses don’t have enough employees, they have to cut back on hours, reduce operations, or in the worst case, close. The hospitality industry, which includes restaurants, is hardest hit.

According to the report, there are about half as many workers available for each vacancy. There were a record 11.3 million job vacancies in the United States in March and 4.75 million more jobs open today than people looking for work.

Holl has owned the bakery for 16 years and has operated from the Lincoln Park site for 13 years. The bakery is open Wednesday to Sunday from 9 a.m. to 2 p.m.

“I feel like we’re lucky,” she said. “We had enough time under our belt to finish and we were in a financially sound position at the start of the pandemic which got us through it… I can’t imagine if we were underwater before or in a precarious place . That would have been all the crazier. It’s crazy enough to be going through the pandemic with a company that’s navigating so many things, that I think as small business owners we’re not qualified to navigate and yet we’re forced to figure things out.

Crain’s, using data from food and drink analytics firm Datassential, reported around 280 restaurants closed in the fourth quarter of 2021 – just as Covid-19 booster shots and a bump in business holidays may have seemed to bring a return to normalcy after almost two years of confinement, quarantine and social distancing. According to Crain’s, only 23 restaurants closed in the fourth quarter of 2019, the last quarter before the pandemic.

On top of that, a disrupted supply chain and high inflation rates mean supply hiccups and high prices for restaurants. Inflation in the United States hit nearly 40-year highs this spring, forcing restaurant and cafe owners to make sometimes tough choices. According to the National Restaurant Association, wholesale food costs increased 7.9% in 2021. Hourly labor costs increased 8.6%. The Midwest region saw the largest menu price gains between April 2021 and April 2022 in the country, at 9.3%.

Zurias is proud to offer quality products, such as organic milk. He thinks this sets his company apart from big chains like Starbucks or Dunkin Donuts.

“For example, for [organic milk], I was paying five or six dollars,” Zurias said. “Now I pay 10 dollars. Ten dollars. I didn’t charge more at first, but ended up doing it, with everything going up.

Zurias had long dreamed of opening a café. He moved to the United States from Venezuela – which itself was facing an extreme inflation crisis – nearly four years ago.

He started the business last December with no money in the bank and has since maintained a thriving business with three employees. One day, he dreams of expanding to other cities like San Francisco or Boston.

Mo said he raised his prices by about 20% to keep up, but also noticed fewer customers coming through the doors. He’s also been hit by work issues – he had 10 employees, and now he has five.

How Hopdoddy is growing through acquisitions and conversions