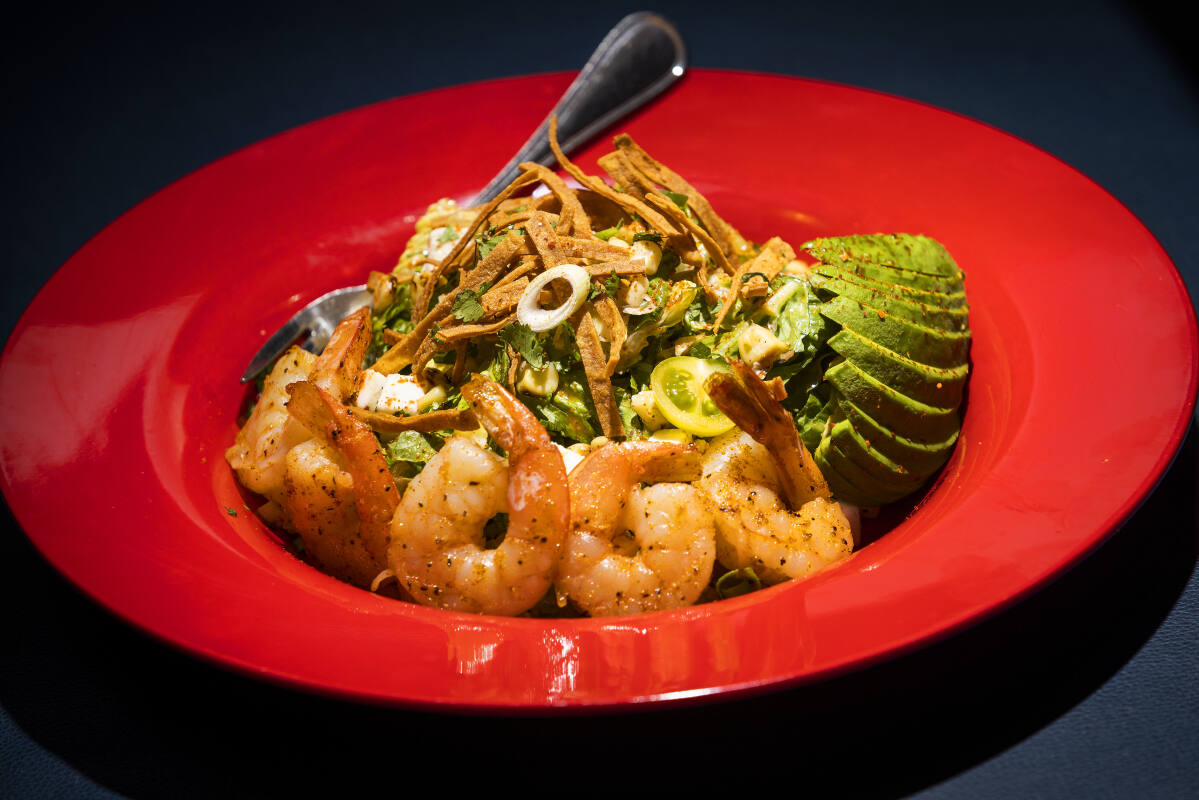 The building at 19101 Highway in Sonoma can’t be blamed if it’s been suffering from an identity crisis for some time now. In 2016, he said goodbye to the Breakaway Café, a longtime local favorite and occupant for 22 years. In 2018, after a major renovation by new owners, it became Mint and Liberty Diner, closing after just 13 weeks.

In 2019, the square space became Picazo Kitchen & Bar, presented by Kina and Salvador Picazo Chavez, Sonoma restaurateurs who also own the Picazo Café on Arnold Drive and the Picazo food truck. After a pandemic closure and a quick facelift, it reopened this spring as Kina’s Kitchen & Bar, with Kina Chavez at the helm.

The restaurant now offers some of the most interesting takes on Mexican cuisine in Sonoma, fascinating with lively flavors and twists, as well as purely comforting classics that reflect Kina’s family history and her immigrant journey as a Mexican American.

Dishes like her mother’s pozole mix on the menu with American favorites like homemade cookies, Niman Ranch burgers and Nashville fried chicken. The menu also features Vietnamese-style round beef pho and vegan options such as an acai bowl with granola, coconut flakes, berries and chia seeds. Everything is working.

In 2009, Kina’s husband and mother-in-law opened the Picazo Café, a hole-in-the-wall breakfast buffet, Kina Chavez said. Then Salvador’s mother left the company and he invested in a mezcal business. Salvador started to travel a lot and wanted to sell the restaurant.

“So I said, ‘Let me help you,'” Kina said. “I had worked in restaurants full-time during my studies.”

Unfortunately the menu was not much different from the first cafe, 2.1km away, and people were getting confused, ordering and picking up food from the wrong place. Then the pandemic happened.

“When we had to close, we had the opportunity to really look at what we were doing,” Kina said. “I spoke to many of my customers and asked them what they wanted. They said upscale, fine Mexican food. My mother, Maria Marquez, is a wonderful cook and I’ve always wanted to open a restaurant with its revisited recipes, so I made our menu a little more healthy and trendy, and I loved it.

Top of the range, this is not the case. But it’s healthy in places, trendy in places, and delicious in every way.

Count me loving the pozole. Meat and hominy stew or soup is traditionally bathed in a red, clear, or green broth that matches the colors of the Mexican flag—usually, in Sonoma, you find the red and pork version. Kina, however, offers a great take on green, organic chicken that’s one of the best I’ve had outside of Mexico.

The base starts with chicken thighs, celery, onions, lots of garlic, carrots, peppercorns, apple cider vinegar, sprigs of fresh thyme and Himalayan salt, simmered for hours. Next, the chef roasts poblano peppers, jalapeños, tomatillos and more onions and garlic sprinkled with olive oil, oregano, Himalayan salt and black pepper. This mixture goes into the finished broth along with the now shredded chicken, fresh cilantro and organic hominy for another gentle simmer.

When she arrives at the table, the steaming beauty is piled high with a near salad of crunchy radishes, cabbage, avocado, lime and tortilla strips ($11 cup, $19 bowl). It’s so good, so rich and so generously proportioned that a bowl is an entire entrée.

Chavez also turns to his mother for the menu’s lovely rust-colored chicken enmoladas, updating the red mole enchiladas with roasted cauliflower and a finish of microgreens, radish, queso cotija, sesame seeds and sides of rice with cilantro and sprouts ($21).

I wasn’t considering chimichanga until our waiter encouraged us to try it. Good call – on its wooden board, the creation looked like a sushi roll, a long, thin strip cut into bite-size pieces of lightly fried flour tortilla stuffed with chicken, mozzarella, cilantro rice and grilled corn, the all sprinkled with cotija cheese, microgreens, dollops of pico de gallo and chipotle aioli ($16). I’d make it a weekly habit with a flight of seasonal fruit margarita ($20) or herb-spiced watermelon crush of habanero-infused vodka, alcohol cordial, Aperol, and lime juice ($13). $).

Let’s talk beet bruschetta too. The cute Instagram presentation is a delight to explore, with its green plantain “crostini” topped with chopped beets marinated in Italian dressing, homemade pesto, sliced ​​toasted almonds, sesame seeds and cilantro ($12). I paired it with a strawberry-cherry Robledo Merlot rosé ($10 glass, $38 bottle) made by the eponymous Mexican-born family in Carneros.

Even with the culinary upgrades, Kina’s non-modern setting is comforting, with its cozy fern-bar-meets-bistro atmosphere. There are clean lines of bistro tables, but also restaurant-style banquettes and a faux trellis dripping with vines in the center of the dining area. We watched a large table of diners celebrate a baby’s first year with staff singing “Happy Birthday”, adults digging into Seared Salmon and Shrimp Tacos ($19), and kids munching on chicken tenderloins with fries ($9).

The birthday family gave us a cake as we passed on our way out. It’s a neighborhood spot, but also worth a visit. The offer made us feel happy, settled and excited for the new space, just like this building on Highway 12 must feel now.

Carey Sweet is a food and restaurant writer based in Sevastopol. Read his restaurant reviews every two weeks in Sonoma Life. Contact her at carey@careysweet.com.

Can you get vitamin D through a window? Experts reveal the truth