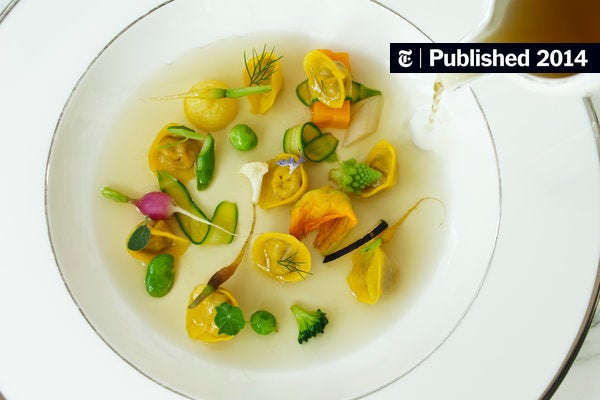 In Monte Carlo, the first 100% organic restaurant to receive a Michelin star

In Monaco, carrots may well be the new caviar. “For me, luxury is eating peas picked an hour earlier or maybe a carrot that has just been plucked from the ground,” says chef Paolo Sari, whose kitchen at Elsa – a restaurant sunny with a suavely bohemian touch, India Mahdavi -designed Monte Carlo Beach Hotel – recently earned it the first Michelin star ever awarded to a 100% organic establishment.

Sari is a native of Venice whose traveling career has included stays at the Four Seasons in London, multiple cuisines in Sardinia, Bice in New York, the Mondrian Hotel in Los Angeles, and hotel cuisine in Jeju, a volcanic island. a hundred miles from the coast. from South Korea. It was this last experience, which included a three-month stay in a Buddhist monastery, that changed his ideas about cooking. â€œThe monks were such a healthy and peaceful people,â€ he says. â€œThey lived off the vegetables and rice they grew and locally caught fish. In its simplicity, their food was delicious, and as a Venetian it made sense to me, as much of what I ate as a child came from the Venetian Lagoon and the 200 small islands around Venice. Upon returning to Europe and working for Elsa, he says, â€œI wanted to create a western version of the food I ate in Jeju.

Glittery Monaco may seem like an improbable setting for cooking up a cuisine that Sari describes as “simple, healthy and natural”, but the principality is actually at the forefront of locavore from the Mediterranean menu of the Louis XV restaurant at the HÃ´tel de Paris. , created by chef Alain Ducasse, won three Michelin stars in 1990. â€œAdding organic to the locavore equation took a lot of research,â€ says Sari. But the restaurant has been able to build a network of small organic farmers to supply its fruits and vegetables, and more than 90 percent of its produce comes from within a 60-mile radius. Elsa – named after American columnist Elsa Maxwell, who started the Monte Carlo Beach Hotel in 1929 – has also received a level three label (the strictest possible) by Ecocert, the respected French organic certification agency.

When a visually stunning dish like Sari’s “Bio Sama”, a clever mix of vegetables – grated mini carrots, wild asparagus, broad beans, radish, fennel – and edible flowers seasoned with organic extra virgin olive oil and Camargue sea salt comes to the table, it is a serious invitation to meditate on the essential taste of vegetables. Other dishes, such as a San Remo shrimp carpaccio topped with tiny cubes of pink grapefruit, grated fennel bulbs, bergamot oil and a little caviar, add to the sensuality of the menu. Even the bread – baked with organic Italian flour and served with four different kinds of organic olive oil – requires your full attention.

Although Sari makes superb gnocchi, risottos and pasta, the catch of the day is the real star of its menu; on a recent visit, he served a superb fillet of grilled amberjack with a mariniÃ¨re sauce (fish stock, white wine and herbs) and small vegetables. The unique cheese dish is a dazzling tasting plate of 3-year-old organic Parmesan prepared like ice cream, drizzled with 25-year-old balsamic vinegar, barbajuan stuffed with parmesan cream (Monegasque ravioli) and cheese shavings. And the dessert not to be missed is the almond soufflÃ© from Sicily.

Sari is now working on making the hotel’s other three restaurants also fully organic. â€œA lot of people still associate healthy eating with gastronomic deprivation,â€ he says. “I want to show people that the tastiest foods are also the foods that are good for you.”

Organic food: the question of safety