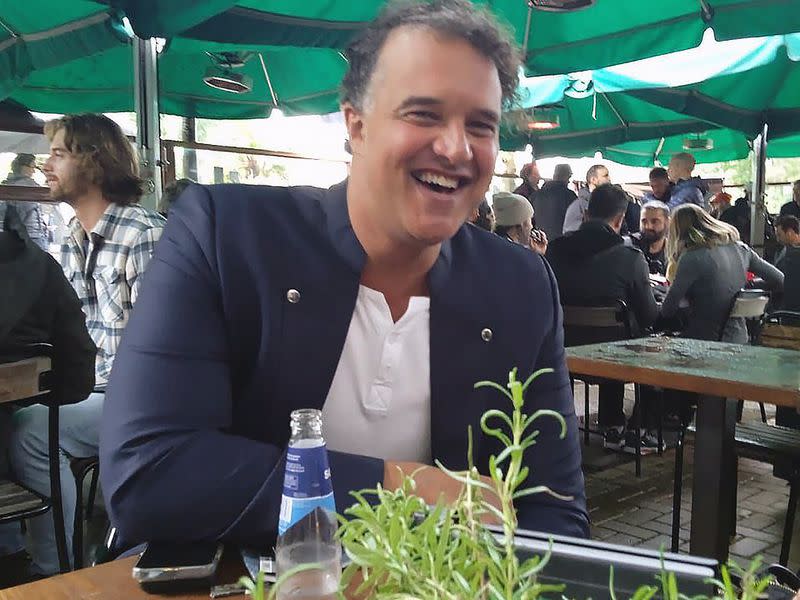 ‘Hyperbitcoinization’ is coming to an emerging market near you, says Paxful’s Ray Youssef

Satoshi Nakamoto, the pseudonymous founder of Bitcoin, once said, “Bitcoin would be convenient for people who don’t have a credit card.”

According to the World Bank, this represents at least 1.4 billion people. Most of these people reside in emerging countries such as Nigeria and El Salvador. Are these unbanked individuals at the forefront of “hyperbitcoinization” – the point where Bitcoin becomes the dominant monetary system in the world?

It’s unclear whether “hyperbitcoinization” will become truly global, but it’s a phenomenon that Ray Youssef, CEO and co-founder of Paxful, a popular peer-to-peer bitcoin exchange in Africa, sees happening in the southern countries.

“The amazing thing about Nigeria, from a bitcoin perspective, is that it’s probably the only place in the world where the bitcoin narrative isn’t speculative. The vast majority of bitcoin use cases in Nigeria are peer-to-peer transactions,” Youssef said in an interview with CoinDesk.

According to a report released earlier this year by KuCoin, a global cryptocurrency exchange, over 33 million Nigerians (about 35% of the adult population) own bitcoin or other cryptocurrencies. More than half of these people use bitcoin and crypto for payments, the report suggests.

The payments use case is supported by another report released last month by blockchain data firm Chainalysis. This report states that Sub-Saharan Africa has the highest proportion of small crypto retail payments in the world (80% of crypto payments are below $1,000).

In Kenya, another key market for Paxful, locals use bitcoin in restaurants, spas and retail electronics stores. According to Chainalysis, for Paxful, crypto remittances are up 140% year over year in the country.

The role of nation states

Some have suggested that an erosion of trust in a country’s fiat currency is a prerequisite for hyperbitcoinization. If so, emerging nations plagued by economic mismanagement could end up leading the Bitcoin revolution. Of course, users in these countries would need exposure to the Bitcoin ecosystem first.

In El Salvador, this exposure came, at least in part, when the government officially made bitcoin legal tender in September last year under President Nayib Bukele.

“Some people accused the president of vanity…and of pushing people into something that didn’t make sense,” Youssef said. “I think the rollout could have been a lot smoother. But for a first national effort, I think the government and the small team of young people … did an incredible job.

Despite making headlines and winning the hearts of diehard bitcoiners, Bukele’s strategy appears to be an outlier. The only other country to follow El Salvador’s lead was the Central African Republic, which adopted bitcoin as legal tender last April. But again, this may be the exception rather than the rule.

“We have spoken to many heads of government about this. In all situations, there is clearly interest. What there is not is a young president, like a Bukele, who can almost act unilaterally,” Youssef said.

Even when regimes are hostile to bitcoin and even with infrastructural obstacles such as limited internet connectivity, it seems that bitcoin still manages to thrive. For example, when Nigeria’s central bank restricted the use of cryptocurrency in the country last year (a country where just over half of the population has internet access), Paxful’s volumes went up. increased, according to Youssef.

“They forbade their banks to have accounts [linked to] cryptocurrency exchanges. What happened? Paxful volumes have increased by at least 20% and continue to grow as everyone has moved to peer-to-peer,” Youssef said.

Historically, Bitcoin adoption has been an organic phenomenon. Even in El Salvador, local efforts like Bitcoin Beach were in place long before Bukele’s initiative. Bitcoin Beach, which started in 2019, is a project that seeks to use bitcoin as a medium of exchange in small coastal villages in El Salvador like El Zonte and Punta Mango.

“There were no constraints in those early days at Bitcoin Beach. That was the magic of it all. And because the constraint came later, when the governmental level [got involved]it soured the pot and caused a lot of mistrust,” Youssef said.

The organic approach seems to be the most successful route to hyperbitcoinization so far. Bitcoin Beach is the poster child of “circular” bitcoin economies where individuals receive and make bitcoin payments. Similar communities have since sprung up all over the world:

Bitcoin Lake is a project in Panajachel, Guatemala, which helps locals mine bitcoin with equipment powered by used cooking oil. The project was started by Patrick Melder and not only promotes bitcoin adoption, but also helps clean up pollution in adjacent Lake Atitlán.

Bitcoin Island, which is officially Boracay Island, is a tourist hotspot in the Philippines. Wallet provider Lightning Network Pouch has launched a bitcoin education campaign on the island and is encouraging tourists to “live off bitcoin at more than 200 locations, including resorts, fine dining restaurants, water sports and more”.

Bitcoin Ekasi is a non-profit organization that established a bitcoin economy in Mossel Bay, South Africa. Paxful and Built with Bitcoin, the non-profit arm of Paxful, recently made a donation to build an education center for Bitcoin Ekasi.

Built with Bitcoin has also built two schools in Nigeria, demonstrating Youssef’s commitment not only to Africa, but to the wider South (Africa, Asia, Oceania, Latin America and the Caribbean).

“Southern countries are very interesting, especially places like Africa, because people don’t need anything,” Youssef noted. “They’re under such restrictive financial regimes that honestly it’s a wonder they’re not extinct. Their ingenuity and ingenuity will create incredible wealth.

It looks like a winning formula for hyperbitcoinization is beginning to take shape – organic growth in the Global South, facilitated by nonprofits. Youssef believes that the population of the South, which numbers in the billions, is more receptive to bitcoin’s original use case and will therefore act as the torchbearer of hyperbitcoinization and ultimately reap the benefits.

“The people there are extremely talented and very well educated. They are very ambitious, and all they need is to have the same chance to be able to transact,” Youssef said. “Once that happens, they will create their own wealth.”