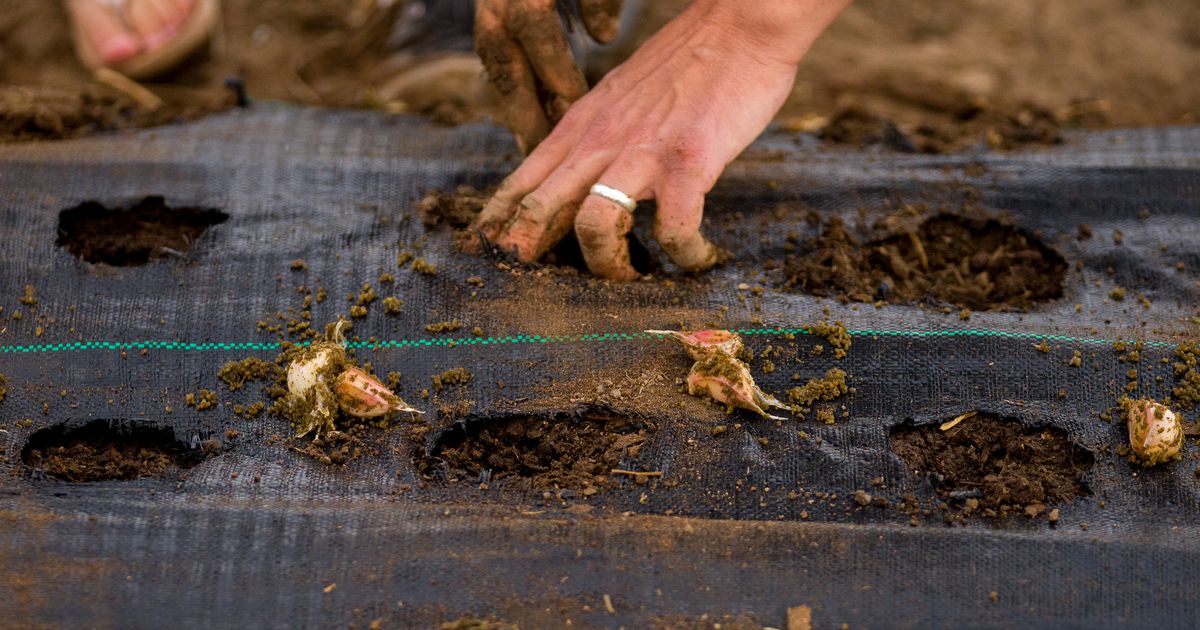 How worms, corn and poo could save Utah farms – and the Great Salt Lake

This story is part of the Salt Lake Tribune’s ongoing commitment to identifying solutions to Utah’s biggest challenges through the work of the Innovation Lab.

This article is published by The Great Salt Lake Collaborative: A Solutions Journalism Initiative, a partnership of information, education and media organizations that aims to inform readers about the Great Salt Lake.

At a recent conference in St. George, a few hundred farmers gathered to listen to presentations on cover crops, nematodes, manure and fungi.

Dizziness isn’t a word that often describes the average Utah farmer, but many attendees approached the Soil Health in the West conference hosted by the Utah Department of Agriculture. “It’s that exciting for us,” said Sara Patterson of Red Acre Farm in Cedar City, which runs workshops on sustainable farming practices.

For most Utahans, soil science may not be the sexiest topic, but it ranks among the most important as they look for ways to preserve the Great Salt Lake and the state faces a dry future.

Estimates vary, but agriculture consumes about 82% of Utah’s developed water. Yet experts say farmland could become much more drought-resistant and use the water it does get with much greater efficiency by adopting a few key best practices.

Jimmy Emmons, with his cowboy hat, quick wit, and an accent seemingly drawn from the hot western Oklahoma soil he works on, might be the iconic child of rural America.

Jimmy came to the conference with something to confess. “I was addicted to plowing and am still recovering,” Emmons said. His confession lasted nearly two hours in front of a packed house.

Plowing – or digging and turning the earth – is practically synonymous with farming. Quitting the process is seen as the fundamental first step towards a healthier soil.

“What was Mother Nature doing before we arrived? Emmons asked. “She had no mechanical soil disturbance, she was cycling water, she had various plants and animals and nutrient cycling. She was doing very, very well before we got here.

For Emmons, then, the question is: can we farm like nature?

Among other benefits, abandoning tillage promises to improve soil health, water retention and populations of beneficial insects, worms and fungi, and reduce reliance on pesticides, herbicides and fertilizers. chemicals. It even saves money.

“I saved $100,000 in fuel costs just by switching to no-till,” said Emmons, who also reduced his chemical use by 85%, with significant cost savings.

So why aren’t more farmers turning to no-till?

“Why? I’ll tell you why,” said Bir Thapa, who is the state soil scientist for the USDA’s Natural Resources Conservation Service, “because it’s fun. It’s too fun to plow a field.

Emmons counters that there are different types of no-plore fun.

“You go out with your shovel, dig and see the worms working that ground,” he said. “You create life.”

No-till agriculture, the presenters said, is ideally associated with the use of cover crops, which are grown primarily for the benefit of the soil rather than for commercial sale. Cover crops can increase biodiversity, retain topsoil, and literally keep the soil cooler.

“Cover crops are soil armor and sunscreen,” said Emmons, who grows corn as a cover crop to support his cash crops.

The third element is the introduction of animals, often cattle, which can transform cover crops and leftover cash crops into transformed organic matter ready to contribute to the soil.

“The result of all of this is an extremely porous soil, full of cracks and crevices down to a microscopic level, which is protected from evaporation,” Emmons said. “It just sucks the ground.”

Emmons noted that with 2% organic matter in the soil, farmers capture only 20% of moderate to heavy rainfall. “That means 80% drains away, probably taking the topsoil with it.”

An increase to 5% organic matter will retain 53% of the water from that same rain.

“Look around where we are right now,” Emmons said, referring to the ongoing mega-drought in Utah and the state of the Great Salt Lake and Colorado River. “What difference would it make to go from 20% water retention to 53%?”

Many attendees feared the conference was the beginning, not the end, of Utah’s work in promoting sustainable practices.

Stan Jensen of Sunnyside Up Pastures in Centerfield, whose efforts to shift from traditional farming to sustainable practices were featured last month in The Salt Lake Tribune, sees major challenges to systemic change in Utah agriculture . The same goes for Patterson of Red Acre.

Most of the conference attendees were already passionate about soil science. “Unfortunately,” Patterson noted, “it’s mostly about preaching to the choir.”

Additionally, there is a lack of risk appetite among Utah farmers, Jensen said.

“The margins are so thin in agriculture,” Jensen said. “Too many things can go wrong and it’s hard to convince farmers to experiment and do something different from everyone else around them.”

Jensen and Emmons agree that the solution is to start by creating small cohorts of farmers who can work together.

“You need three farmers in the same county, comparing notes on what worked and what didn’t work,” said Emmons, who relied on his own network in the dry west of Ireland. ‘Oklahoma.

Overall, participants were encouraged by the workshop, but concerned about the pace of Utah’s investment in agricultural transition.