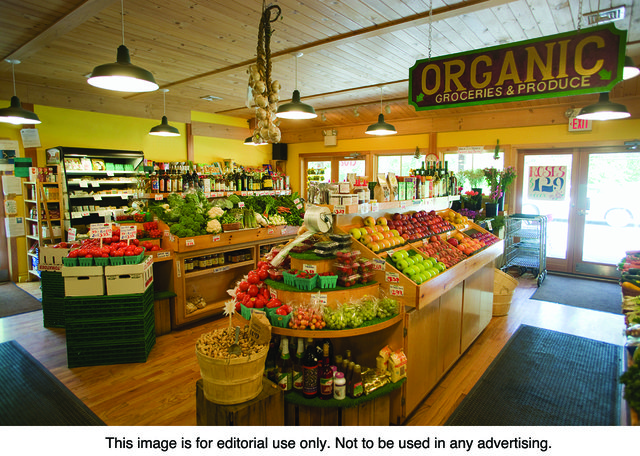 Modern grocery stores are different from those many adults today encountered as children. Grocery stores are not only bigger today than they were years ago, but they’re also full of items that were only available relatively recently.

A stroll through the produce section reveals just how different modern grocery stores are from those of yesteryear. Organic fruits and vegetables now occupy an important place on the shelves of grocery products. Many buyers may wonder whether it is better to choose organic products over traditional products, and research suggests that is the case.

â€¢ Organic foods contain fewer pesticides and toxic materials. A 2014 meta-analysis published in the British Journal of Nutrition found that organic crops were less likely than conventional crops to contain detectable levels of pesticides. The analysis also found that organic crops were 48 percent less likely to contain cadmium than conventional crops. Cadmium is a toxic heavy metal that can build up in the liver and kidneys, which the Global Healing Center says can affect blood pressure, cause bone damage, and affect the kidney and dopameric systems in children.

â€¢ Biologics cannot contain synthetic hormones. Conventionally raised animals sometimes receive injections of synthetic growth hormones so that they gain weight faster and produce more milk. Residues of these substances, which cannot be used in the production of organic meat and dairy products, are believed to contribute to widespread antibiotic resistance, according to Arizona State University’s Biodesign Center for Environmental Security. Additionally, some studies have suggested a strong link between hormones given to cattle and cancer in humans.

â€¢ Organic dairy products can promote cardiovascular health. A 2013 study by researchers affiliated with the Center for Sustaining Agriculture and Natural Resources found that organic milk contained 25% less omega-6 fatty acids and 62% more omega-3 fatty acids than conventional milk. The Organic Center notes that this is a huge benefit, as higher amounts of omega-3s and lower amounts of omega-6 fatty acids help promote cardiovascular health and support the immune system. .

When choosing organic products at the grocery store, consumers can benefit their overall health in a number of ways.

Organic food may not be worth an additional cost