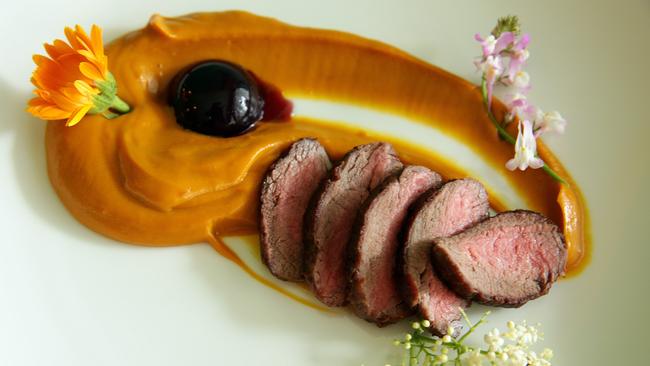 A 21-year-old chef opened the first restaurant in Sydney to achieve Australian organic certification – and it’s a bit fancy (even the wines are organic).

Last year, on his 21st birthday, Cordon Bleu-trained chef Huey Nguyen was offered an opportunity he couldn’t refuse: a deposit for a house or a restaurant.

â€œI’ve always been a bit of a gung-ho. I never planned things too well, so I jumped right into it.

Growing up in far north Queensland on his grandparents’ fruit and vegetable farm before moving to the north coast, Nguyen said he and his family had always believed in organic food. It was therefore natural that his company followed the same philosophy.

â€œI started the restaurant not only for myself but to inspire people (to eat organic),â€ he said.

He said all the products except seafood were organic.

Located on bustling Victoria Avenue, in an area dominated by Asian restaurants, Good Vibes Organic stands out for its tasting plates with modern European cuisine.

The edible vegetables, herbs and flowers are from Byron Bay, the red meat is from Cleavers Farm Fresh Organics in Neutral Bay, the chicken is from Inglewood Farms, and the seafood is supplied by Willoughby Seafoods.

â€œThe cost isn’t that bad if you buy in season – that’s why the menu changes a lot,â€ he said.

But, regardless of the time of year, Nguyen said customers can always count on a healthy mix of red and white meat dishes, with at least three vegan options.

â€œMost of the time we buy a whole bunch of produce and sit on a Monday when we’re not ready to think and mess around in the kitchen,â€ he said. â€œFood is our life. “

Why organic restaurant certification is important