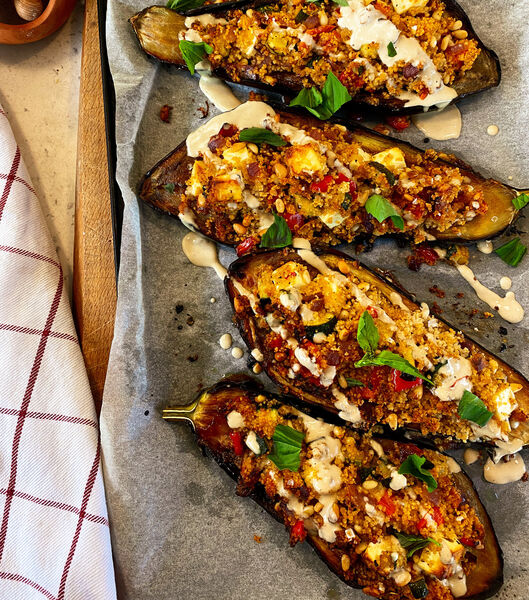 Fans of food and fire will only be in one place this summer and that’s in Herbert Park for the very splendid Big Grill BBQ & Food Festival (August 11-14), back after a two-year hiatus because of the… yeah, you know.

This year’s four-day program features a host of Irish and international cooking stars for almighty al fresco cooking and while the barbecue is always front and center there’s plenty to keep you going. breath-taking once your belly is full, including Little Grillers family sessions, the Brewcamp drinks tent, with 20 Irish craft breweries, neighborhood wines, Irish distilleries, cocktail bars and a drinks scene; and the return of the utterly sadistic yet horribly compelling and wildly popular Chilli Eating Challenge; with lots of music and entertainment.

Tickets are now on sale: www.biggrillfestival.com/tickets

If you can’t stretch to leave Dublin, maybe pick up a copy of a very decent little culinary tome, the cookbook Men With the Pot (Quarto), written by two Polish chefs, Kris Szymanski and Slawek Kalkraut , who have lived in Northern Ireland for over 15 years, and whose passion for outdoor cooking on Men With the Pot has taken Instagram by storm. Cooking over high heat in the forest, they offer recipes for meat, fish, fresh bread, pizza and dishes inspired by Chinese takeaways and Polish street food, all delivered in the form of very simple and achievable. https://www.quarto.com/books/9780760374184/men-with-the-pot-cookbook

Many moons ago, a vegetarian friend who was soon to be hitched with at least 20 other guests was of a similar arrangement called The Menu in a panic, asking him to cook a vegetarian dish for the big day as the venue of said wedding might Pretty much stretching to remove the beef or salmon from the standard plate of meat and two veggies, the alternative suggestion/threat of ‘vegetarian stir-fry’, the standard vegetarian offering at the time, was just too awful to consider.

How times have changed: the mark of a good chef, although perhaps the greatest of all carnivores, is his ability to cook vegetarian and vegan dishes, often much more difficult than cooking the meat.

Irish wedding company SaveMyDay.ie has put together a very curated list of 25 Irish venues that can actually put together a full menu for the big day. Quite naturally, as much of this change in eating habits has been driven by environmental concerns, many sites are similarly carving out an alternative furrow to the mainstream, located in atypical and attractive locations and all are committed to provide a strong focus on sustainable food practices.

Highlights include West Wicklow’s The Wicklow Escape; Dunowen’s house of Clonakilty; Ballintubbert de Laois Gardens and House use seasonal local produce from their 14 acres of organic garden; and Clare’s Hotel Doolin’s Vegan Ever After package offers a gourmet vegan buffet, wedding cake, ice cream cart and wine, and will plant ten native trees with the hometree.com charity for each wedding booked. www.savetheday.ie

A Raw Milk Cheese Making Workshop (June 26) with the legendary Silke Cropp at the Biological Centre, Co Leitrim is the dairy equivalent of spending the day with God to show you how she really created the world. Using 10 liters of raw milk, all participants will receive 1kg of hard cow’s milk cheese and a soft cheese. What are you waiting for? Book immediately! www.theorganiccentre.ie/event/cheese-making-workshop/290

The Menu has definitely discovered a new favorite summer drink, Zingibeer, a real fermented ginger beer, a real first in Ireland. Produced in Smithfield, Dublin, by father and daughter team Kevin and Rachel Byrne, with fermented ginger, lemon zest and a judicious sprinkle of botanicals, they have developed an alcoholic beverage (4% ABV) that exhibits all the vigor and vitality of a most nutritious elixir of health, so much so that The Menu offered La Daughter a very minor slug until he read the label.

And lest, dear readers, you mistake that for worthless value, let The Menu correct you because this most splendid draft is precisely what is needed to get the outdoor party started: just sweet enough without being remotely syrupy, the lemon zest arresting any tendency towards the natural fire of saccharin and ginger reduced in fermentation to a note of grace as each sip resolves on the palate. And its potential for wine pairings and even cocktail making is seemingly endless: the menu enjoyed it with a log of St Tola goat’s cheese cinders and were cunning enough to set aside some of their bottle of single sample to later create a fine rum cocktail also including some of its own ginger and cinnamon syrup; divine indeed and the menu hadn’t even started! The menu predicts a long and glorious future for this splendid new Irish drink. www.zingibeer.ie