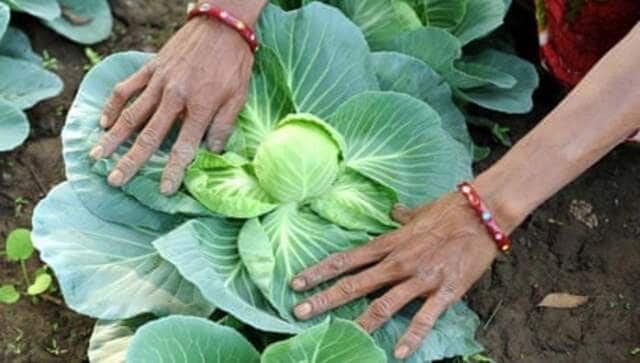 Agriculture is one of the oldest activities performed by human beings to satisfy their basic need for food. He developed various methods to produce food according to his requirements and needs. Initially, these methods were primarily nature-based and aligned with how nature works. His needs were low and there was no pressure on him to produce much. This situation changed after the 18th century. It was an age of machines and this mechanical age also influenced the human imagination. Even nature was considered a great machine. With the explosion of human population after industrialization, there has been a huge demand in the agricultural sector to meet the ever-increasing food demands of the growing population.

In this context, agriculture was seen as a human-controlled process where, like machines, we can put inputs in order to get a better and higher yield. The farming process has been made modern, mechanical and high-efficiency. Man has tried to control the natural process of agriculture by altering the way nature gives him wealth. Therefore, he started to use seeds, chemicals, fertilizers, pesticides, etc. of high yielding varieties (HYV), in order to obtain maximum products.

This reckless use of chemicals has led to serious consequences such as soil and water contamination, soil salinity, soil degradation, overuse of water, reduction of water table, etc. It has also led to the contamination of our food chain where the chemicals used as fertilizers and pesticides are now part of our daily lives. Our life has been a “chemist”.

Organic farming is also known as ecological farming or organic farming. Organic farming is agriculture based on nature. This practice has been known and used in India since the beginning of civilization. If you read Vrikshayurveda, which is the Indian science of plant life, it mentions nature-based methods of agriculture. It gives a systematic exposition of how to do agriculture that is sustainable and does not harm the earth or human beings. Until the 18th century, the world used more or less nature-based agricultural techniques.

The major proposals of organic farming are:

– Nature is not mechanical but organic. Organic means something like an organ. The organ develops and grows naturally in an environment. He has self-sufficient natural abilities. There is a continuous process of decay and rebirth within the organ which helps it to be a self-sustaining ecosystem. The same goes for organic farming.

– It is not against nature or attempts to “control nature”, but is in harmony with nature by aiding the natural process of agriculture. The input and output of any agrarian activity must be purely natural. Natural fertilizers, natural nutrients and natural pesticides should be used. It can be any organic biomass like green manure and compost.

– Instead of the product, it focuses on the process. For organic farming practitioners, the soil is like a mother and the product is like its offspring. To get the qualitative yield, we need to feed the soil. The soil is the organ that contains the plant to be cultivated and nurtured to be consumed by man.

– Unlike the modern agricultural method which focuses on quantity and high yield, it focuses on high quality and nature-based products.

– It does not exclude the use of modern machinery and tools, but opposes the use of chemical-based agricultural inputs.

It is a sustainable agricultural system that does not harm the soil. It can check for soil degradation, soil acidification, soil infertility and soil ‘chemistry’. It improves soil fertility and biological diversity. It saves soil and earth from chemicals. Lack of organic matter also makes the soil more prone to drought. Conventional agriculture ignores the long-term impact on soil quality and stores the problems for future generations.

It is a better use of resources in a natural way where natural resources are recycled. Rather than importing chemical fertilizers by buying them, organic farming seeks to improve soils through crop rotation, the use of animal manure, compost and natural by-products.

It is an integrated agriculture where livestock and their waste can also be used as fertilizer. In conventional farming, animals are often kept close together and routinely fed antibiotics. It provides healthy nutrition and keeps the food chain healthy.

While it may seem expensive at first, it is very good in the long run for human and planetary health and has indirect economic benefits. It minimizes external costs for farmers such as pesticides, fertilizers and manure.

India is rapidly becoming a world leader in organic farming. Our recent budget put organic agriculture at the center of our concerns. According to APEDA data, India is ranked eighth in terms of organic farmland in the world and first in terms of total number of producers as of 2020 data. As of March 31, 2021, the total area under organic certification is 43,39,184.93 ha (2020-21). Sikkim has obtained all of its cultivable land under organic certification. India not only produces organic food products but also organic cotton lint.

Organic products produced in this way are exported to the United States, European Union, Canada, Britain, Republic of Korea, Israel, Switzerland, Ecuador, Vietnam, Australia, etc. There is a growing consumer demand for organic products in the Indian market.

It’s time to “de-chemical” the soil through nature-based organic farming.

The writer is a leading interior designer and environmentalist. She has created more than 125 urban forests and is a pioneer of vertical gardens with plastic bottle waste. She also launched the world’s first free tree and plant hospital equipped with tree ambulances. The opinions expressed are personal.