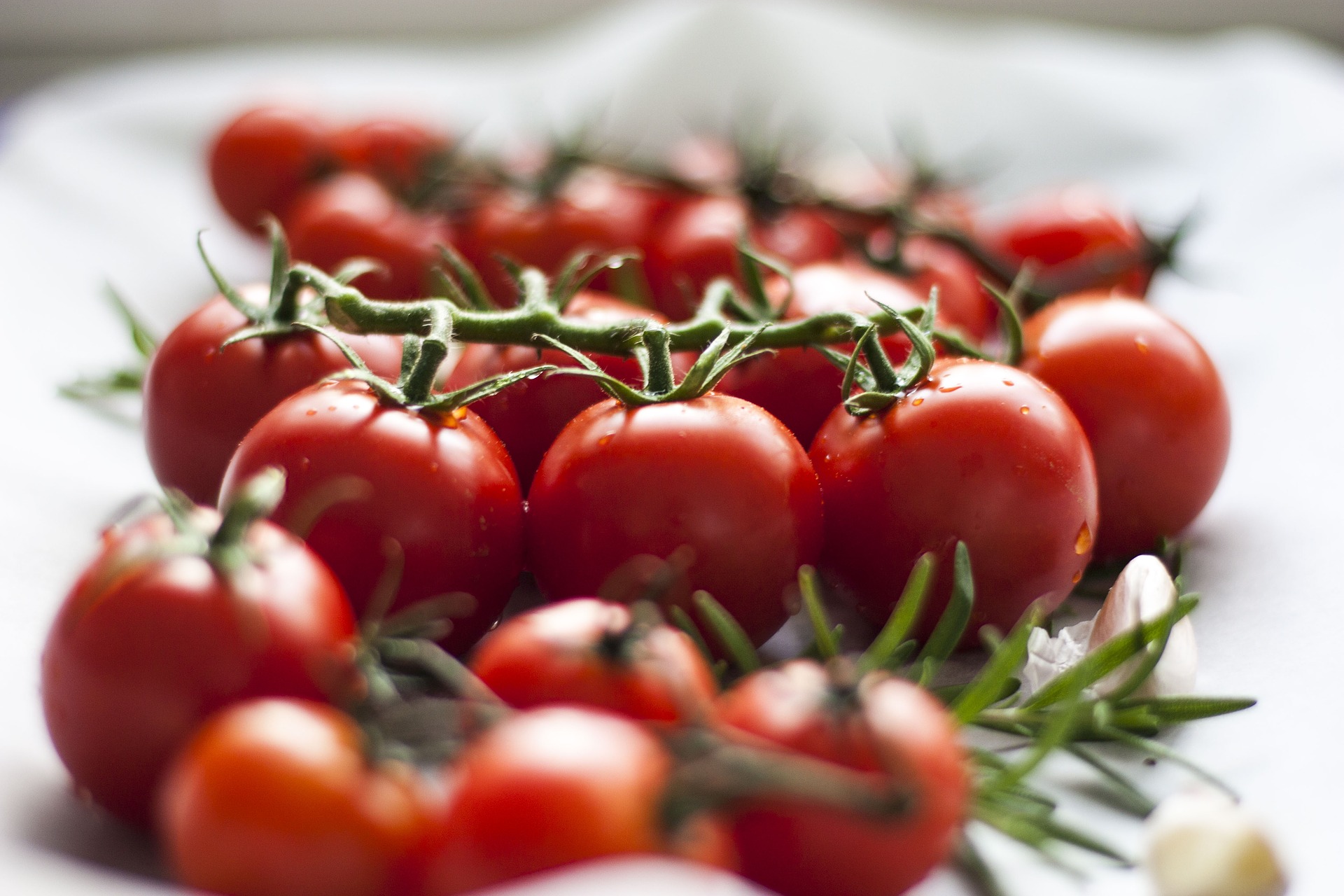 I’ve illustrated before that organic food is neither safer nor healthier, as explained here and here, but many consumers automatically have a preconceived idea that organic products inherently taste better. The taste depends on the stage of development at the time of harvest as well as on post-harvest handling. In high school, I picked tomatoes for a large local grower with a group of friends as a brief summer job. Back then, we could make a lot more money per hour working in seasonal agricultural jobs such as working in the potato or melon sheds or picking produce than any other job at the minimum wage of 1.65 $ per hour. My crew was made up of school-aged men with a lot of enthusiasm at the start, but little understanding of what was expected of us.

We were handed red buckets, which were to be filled with tomatoes, and returned to the field foreman at the collection trailer. As the foreman poured the first buckets of ripe tomatoes onto the ground, we learned our first lesson: don’t pick the blackberries, only the green ones. We assumed we had to pick the ripe, tastiest tomatoes, but those tomatoes would never endure all the post-harvest handling and transportation to markets hundreds or even thousands of miles away. The deterioration would have resulted in significant losses for the producer. What does all of this have to do with flavor?

Tomatoes, as well as peaches, plums, cantaloupe, bananas and pears, are examples of what are called “climacteric fruits”. Climacteric fruits can reach a particular stage of development and continue to develop to maturity even when removed from the plant. [1] To do this, they use ethylene, a natural plant hormone, often referred to as the fruit ripening hormone. It is released as a gas during the later stages of fruit development and is responsible for regulating its ripening process. When climacteric fruits are picked before full maturity, commercial ethylene gas can be used under controlled conditions to ripen the fruits once they have reached their destination.

Tomatoes, when picked too green, before reaching a certain level of internal development or maturity, will taste bad. At the “brittle” stage of development, “when half green and half pinkish-red”, a ripe green tomato has a layer of cells that forms on the stem, sealing the tomato from the main vine. At this point, nothing can pass from the plant to the fruit. As with other climacteric fruits, the tomato can be harvested and ripened off the vine without loss of flavor, quality or nutrition once it has reached this stage of development. [2]

Non-climacteric fruits and vegetables must remain “on the vine” to reach their full physiological maturity. Once removed, they won’t continue to ripen, gain flavor or sugar. They are best when they are freshly harvested. Some examples of non-climacteric crops are cherries, grapes, oranges, raspberries, cucumbers, strawberries, and zucchini. [1] For these products, it is post-harvest handling, eg.

As I have pointed out in previous articles, many consumers are victimized or deceived by the â€œhealth halo effectâ€ that surrounds the word organic. Researchers at Cornell University [3] reported on 115 volunteers asked to rate the taste of three different paired foods. All of them have been organically grown, but with one of the two labeled conventionally grown. Most of the volunteers felt that these labeled organic foods tasted better and were also lower in calories and nutritionally superior. The â€œorganicâ€ label has made a difference in the consumer’s perception of the quality and taste of the food. This misleading “halo effect” of organic products is the foundation of the organic industry. It is not science; it is simply the epitome of deceptive marketing to uninformed consumers.

On October 20, 2014, two Dutch pranksters pulled off a similar event in checked in their participation in an organic food exhibition promoting their â€œnew organic alternative to fast foodâ€. They had bought classic McDonald’s food, reconfigured the packaging to look “natural” and served it to several “experts.” The responses were exactly as one would expect from the halo effect on health from using the word biological.

The Cornell study and the Dutch video are classic examples of the placebo effect. Repeated deceptive marketing practices in the organic industry portraying organic products as safer, nutritionally superior, and tastier have created intrinsic expectations among many consumers. These fabricated presuppositions are the heart and soul of the organic market but have no scientific validity.

[1] Not all fruits and vegetables are created equal when it comes to the right storage conditions.