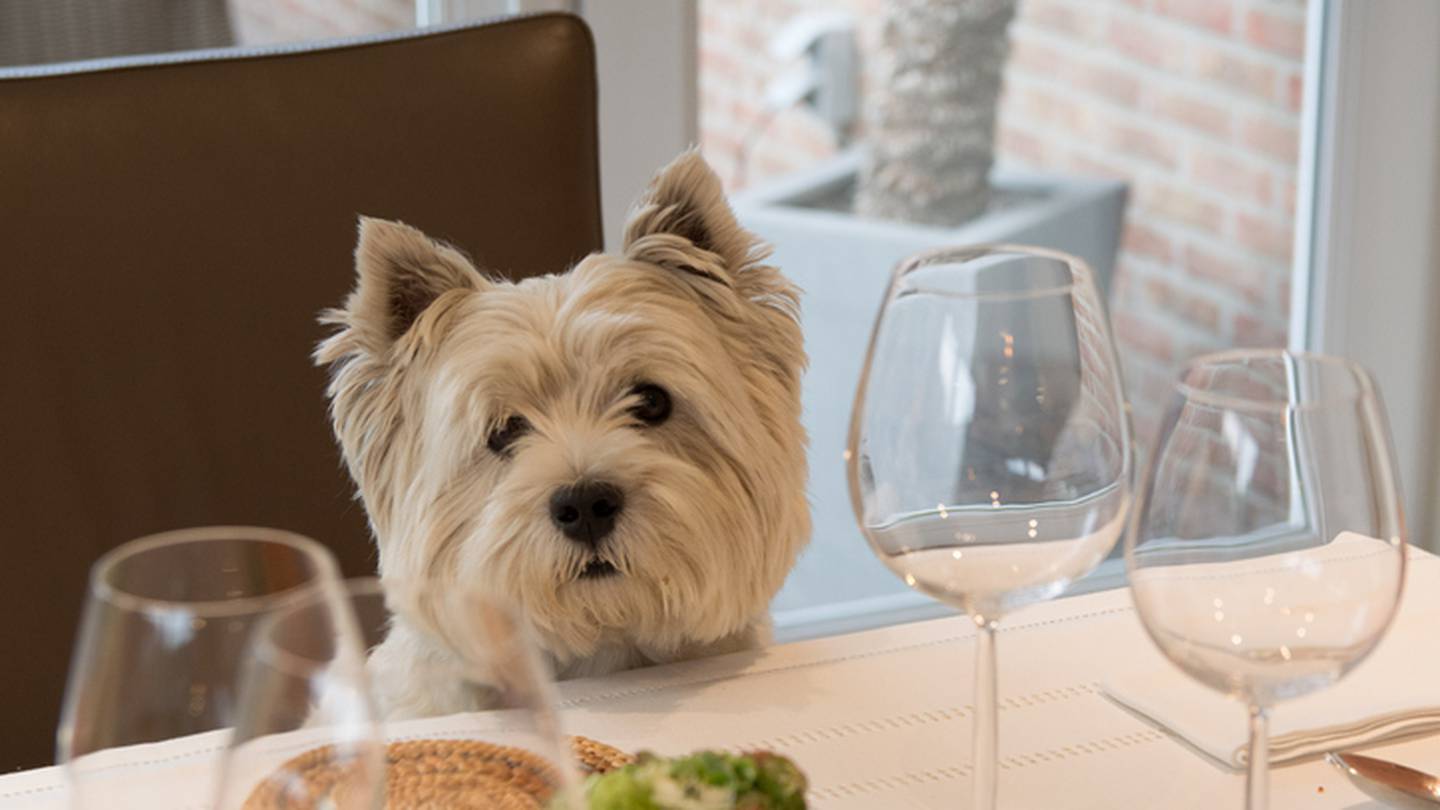 Dogue, which rhymes with fashion, opened its doors last month in the trendy Mission District, catering exclusively to dog owners looking to pamper their pooches with a little haute cuisine.

The “bone appetite” price of $75 per pup also includes a mimosa and a baked treat for the dog’s human.

To be fair, Dogue’s dogguccinos and pastries start at $4.95 each, CNBC reported.

According to Dogue’s website, the restaurant’s “pawtisserie” serves healthy, colorful snacks made with organic and local “real human-grade ingredients,” the network reported.

Rahmi Massarweh, a classically trained chef who previously ran a fine dining establishment for humans, told the Los Angeles Times that its concept is truly unique.

“My approach is as if it were a human restaurant. It’s like you walked into my restaurant and the star guest was your dog,” he said.

According to the TimesMassarweh left the kitchen in 2015 to open a dog daycare with his wife, while continuing to prepare daily fresh food for his four dogs: Grizzly, Luna, Achille and Sir Wellington.

Before long, Massarweh was preparing the same portions in weekly doggy bags for his private daycare clients, and the seeds of Mastiff were planted, he told the newspaper.

Massarweh too told the Times that he consulted a veterinarian to concoct the dishes to ensure that all Dogue meals are nutritionally balanced and safe for dogs.

– The Associated Press contributed to this report.