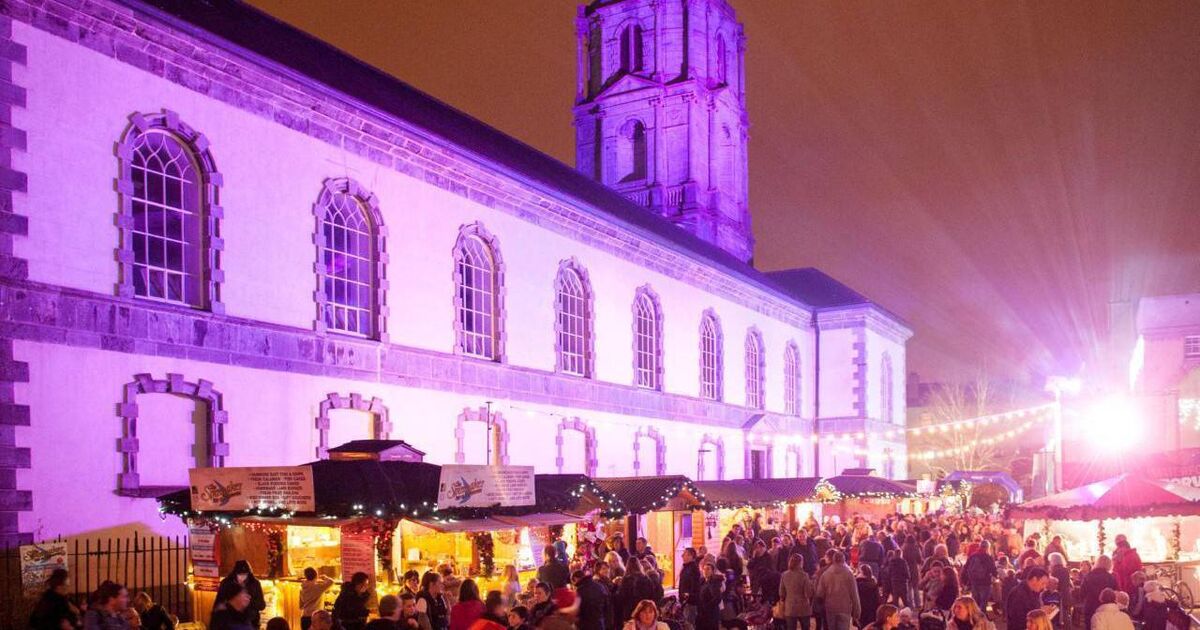 Even as he contemplates the possible need to build his own ark during this period of extremely “balmy” weather (to be filled, of course, with the finest foodstuffs!), The Menu desperately prays for a respite from this ongoing deluge, more particularly on the evening of November 17, the traditional Nuit du Beaujolais Nouveau where French wine lovers take to the streets to celebrate the arrival of the first new wine of the year.

It’s also become a tradition in Leeside, particularly at On The Pig’s Back, where French-born owner Isabelle Sheridan hosts regular food and wine evenings. This year, it welcomes Beaujolais wine producer, Domaine du Père Jean, as well as special guest Rémi Matray presenting his family’s wines, Côte de Brouilly and Beaujolais Villages Nouveau. With a four-course menu in the evening inspired by the Beaujolais region, there will be tasting boards and plates as well as three Beaujolais wines to sample, all taking place in the very pretty Douglas Woolen Mills outpost of On the Pig’s Back. (€35 per person, booking 0214617832 or email online@onthepigsback.ie)

But if The Menu is praying for good weather that evening, it’s because the wine bar L’Atitude 51 has decided in recent years to organize its own outdoor Beaujolais evenings. This year they are trusting the weather gods that they could once again take to their riverside sitting space under awnings by the River Lee for a Parisian style street festival outside their home. ‘Union Quay with French-inspired dishes, six wines and all the atmosphere you can handle.

Rest assured, if the monsoon persists, the event will move indoors, with flights of new wines from star organic and biodynamic Beaujolais producers, including Foillard, Lapalu, Dufaitre, Chanudet, Desvignes and Vionnet, accompanied by a classic hot dish and plates of charcuterie and cheese. Tickets cost €45 per person and include a flight of five different Beaujolais wines and a main course/hot dish, starting at 5pm. Email info@latitude51.ie to book. And dress for the cold!

The wine takes off

And speaking of wine, ELY Wine Bar in Dublin is offering Secret Pairing nights, a new food and wine experience in which diners will be surprised by three of the ELY team’s favorite wines served alongside tasty, seasonal plates. . (Available every Tuesday, Wednesday and Thursday, 59€ per person, 2 people minimum.)

Waterford is hosting its 10th annual Winterval Festival (18 November to 23 December) which kicks off next week with a host of festive activities to lift Deise’s spirits as Christmas approaches and as always the program includes a substantial amount of food and drink, alongside a mix of community and professional entertainment and amenities, most notably the magnificent Winterval Christmas Market, a series of wooden chalets in the cultural quarter, with more than 100 producers and creators of food, beverage, craft and gift products.

It’s once again time to swap chefs at Aniar in Galway as Michelin-starred JP McMahon welcomes fellow starred chef Bo Bech from Denmark as the duo collaborate on a unique menu at Aniar in the West End of Galway.

Over his nearly 30-year career, Bo, once nicknamed “The Alchemist”, was trained by Marco Pierre White, Michel Roux, Alain Senderens and Alain Passard and is renowned in his home country for his appearances at television as a formidable host of the Danish response to Nightmares in the kitchen.

Diners can expect a very creative 20-course menu, with an emphasis on game and seasonal vegetables, all locally sourced. Each of Chef exchange at Aniar dinner menus follow the same format as Aniar’s regular tasting menus, 20 courses at €135 per person, optional wine pairing, €75.

The Exchange of leaders the program began in 2017 and conductors to date have included Ross Lewis, Chapter One, Sasu Laukkonen, Ora, in Helsinki, Nathan Outlaw, England; Daniel Burns of Luksus-Tørst, Brooklyn; Adam Reid of the French, Manchester; and Amanda Cohen of Dirt Candy in New York.

Sharon and Gordon Greene of Wild Irish Foragers & Preservers have been producing some of The Menu’s favorite Irish food products for the past few years, a range of syrups, cordials, preserves and sauces, created almost entirely from foraged and grown ingredients sourced from their own fifth generation. family farm, in Co Offaly, and it’s no surprise they’ve been serial winners at the Blás na hÉireann Irish Food Awards over the years, securing yet another gold medal this year, for their Dandelion Flower Preserve.

The jam might just be a class of peelless lemon and orange ‘marmalade’, as the light shade jelly sports all the deep power of a rich Seville marmalade, the sweet, honeyed notes of the petals of dandelion sweetening the citric flavor. it’s no surprise that traditional dandelion jam is known as ‘poor man’s honey’.

The menu paired it with an ash log of St Tola goat cheese, which he likes to age and age until it becomes a crumbly, chalky cheese with a strong lactic flavor.

The sweet honeyed sweetness softened all the bitter lactic extremes and brought out the creamy umami flavors in the midrange.

And then, as you can never stop it, The Menu had it for dessert, washed down with a bowl of the finest Scúp vanilla ice cream where it was just as effective!